The cowl was introduced in 2005, as part of the New Series Dalek design. The design revisions 'beefed up' the Dalek with the addition of chunky slats, a bigger fender and the cowl, which gives the dome and eyestalk a more armoured look. 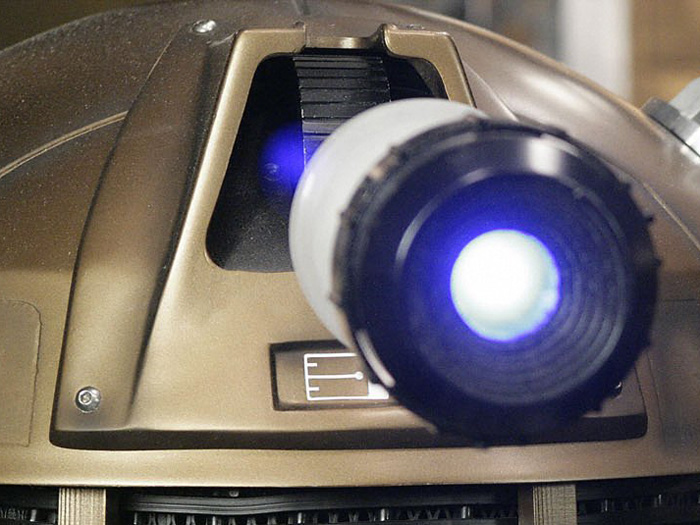 Built from fibreglass, the cowl is made separately from the dome and is held in position by four screws or bolts. The design of these fixings varies from prop to prop. There is a cutout section on the roof of the cowl. It is not immediately obvious why this is there until you consider how the Dalek is meant to look straight up!

Each cowl has a small recess on its front, below the eye-stalk aperture. This has a unique Dalek identification symbol painted into it. The cowls don't seem to match the contours of the dome exactly. Quite often there is a noticeable gap where the two surfaces meet. 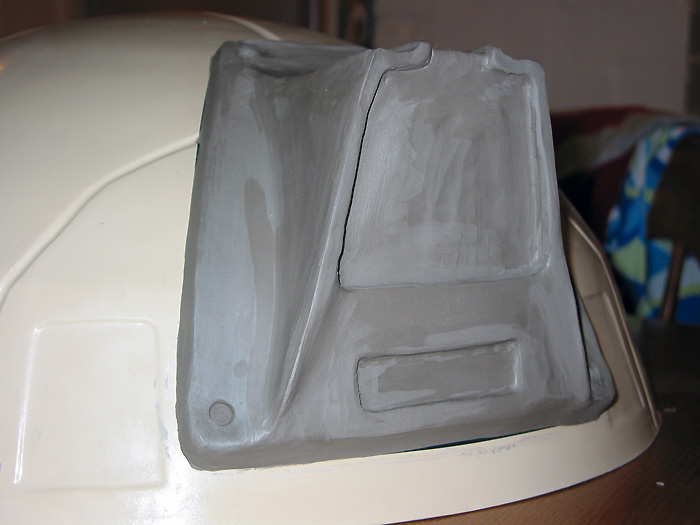 Few surfaces on the cowl are perfectly straight. It looks more like the original 'plug' was sculpted rather than being made from flat sheet materials.

Here we see the beginnings of a Dalek cowl being sculpted from clay. The dome has already been made from fibreglass and gives the perfect platform on which to sculpt a cowl, for making a mould. This way, the final fibreglass version will fit perfectly on the surface of the dome.

Clay is a good material to sculpt with because you can change the basic shape if you are unhappy with the results. On this sculpt, the frontal walls were later thickened up in order to give the replica a more authentic look. The main disadvantage of clay is that it is very prone to cracking as it dries. 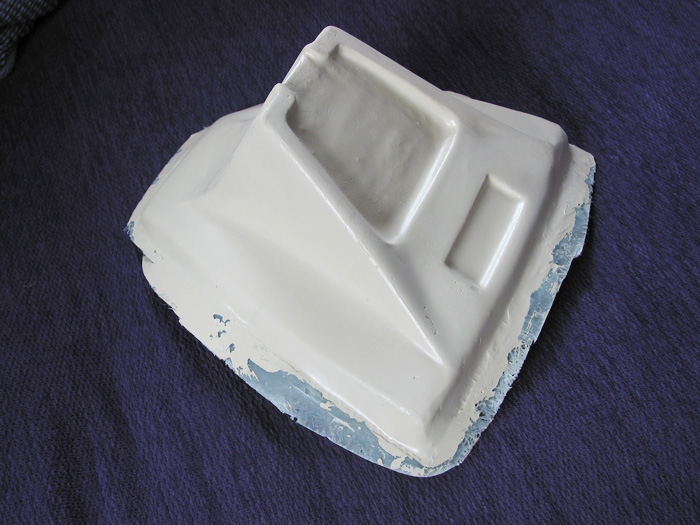 Once the clay is dry, it is sealed with several coats of G4 sealer and heavily waxed, then a mould is created using fibreglass. The G4 cannot be added until the surface is dry (might take weeks). The photo shows the first finished cowl pulled from the newly created mould.

At this stage, the hole has not been cut in the front and there is still a lip of excess fibreglass that needs to be trimmed from around the edge of the casting. The cowl has been laid up using a pigmented gel coat - matching the gel coat used in the making of the dome. 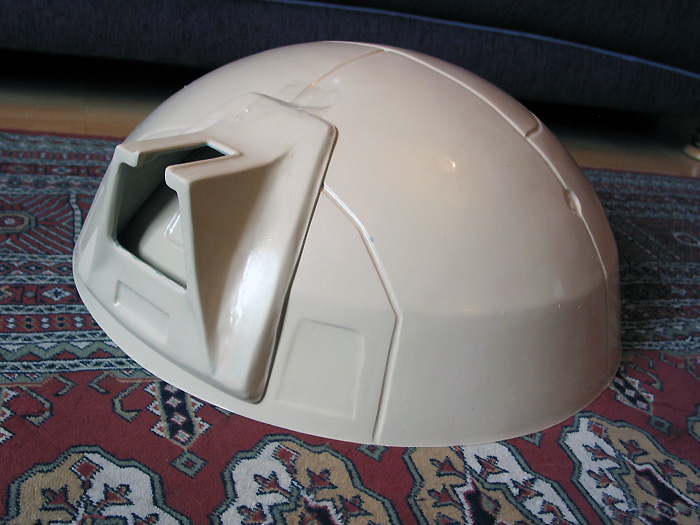 With the rough edges trimmed back and the central cutout removed and some sanding, the cowl is ready for test fitting against the dome. In the photograph we see it placed lightly into position with only a single piece of tape holding it in position. Later, holes will be drilled for the four locating bolts.

The contours of the dome and the cowl are a good match, as are the colours. This makes for a pleasant effect, even though the final assembly will be sanded, primed and sprayed in the New Series Dalek colours. The inside of the cowl, where visible, will need to be painted matt black. 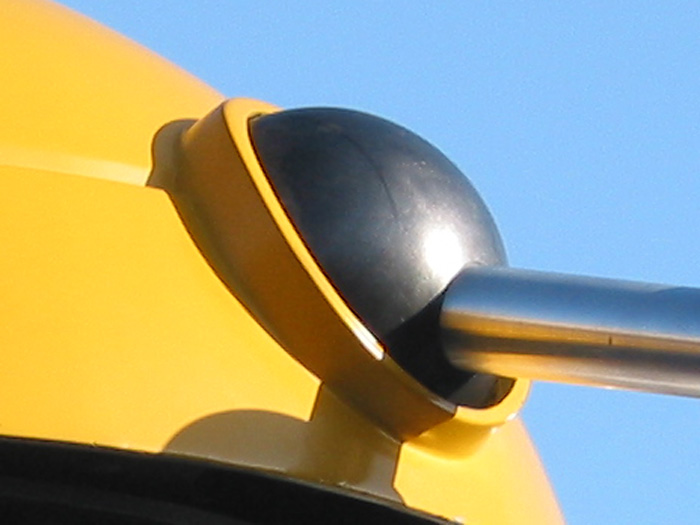 The cowl has been removed from the re-designed Daleks and replaced with an unusual circular surround which houses the (now spherical) eye-pivot. It is included here for reference purposes as it is unclear whether it should be classed as part of the eye assembly or part of the dome.

The surround is sited in a similar location to the cowl and is much lower than a conventional Daleks' eye-stalk pivot slot, (which always finishes before the chamfer line). This makes the dome look taller and slightly bulbous because more 'head' appears above the horizontal eye level.