The mesh and slats were not a part of the original Dalek design. They appear from The Chase onwards and in the second Dalek movie. They were added by Raymond Cusick as a replacement for the 'satellite dish' antenna, which was introduced for The Dalek Invasion Of Earth as a way of explaining how the Daleks were able to move on surfaces other than metal. 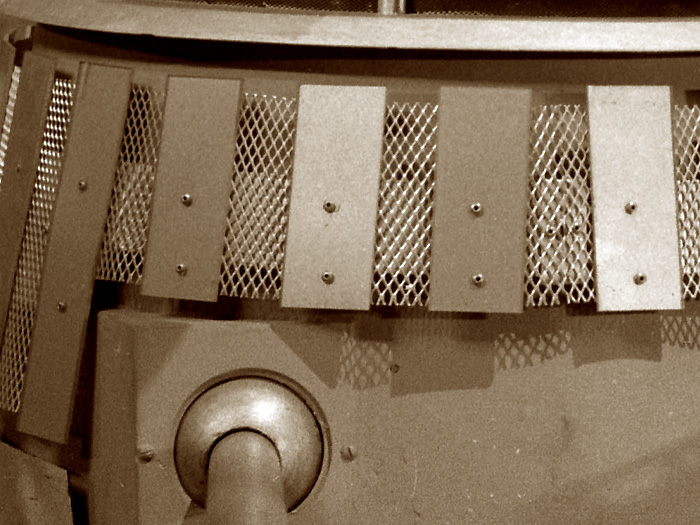 The original TV slats were made from rectangles of clear plastic which were coloured silver on the reverse side. These were placed over a wire-mesh collar, wrapped around the main upper collar. The number of slats per Dalek was consistent during any given story, though TV and second-movie versions differed slightly in design and in the number of slats used.

Each slat is held in place by two rivets which attach the slat to the mesh, rather than to the solid aluminium collar underneath. Dalek builders often use aluminium rather than plastic, when making slats. 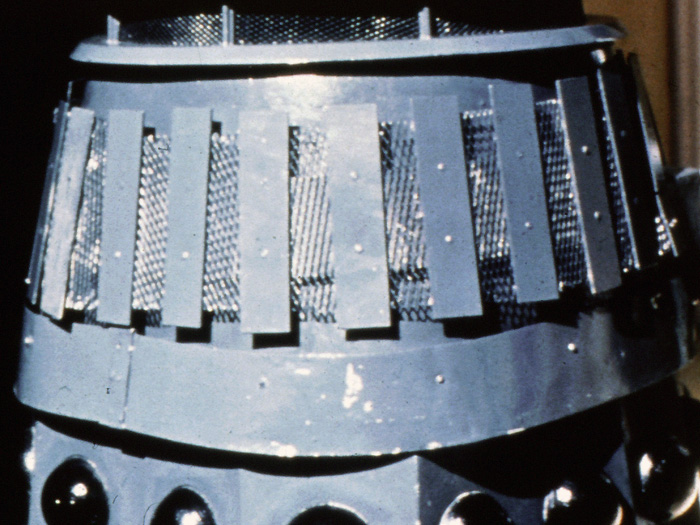 The mesh and slats from the 1970s were simply a continuation from the parts and design of the 1960s. On occasion, the original slats would snap in two or fall off completely. It is difficult to say what the replacements were made from as they were almost always covered in a thick layer of paint.

It is possible that both metal and hardboard was used to make replacement slats during this period. Consistency in length and spacing of the slats appears to be optional towards the end of the 1970s and into the 1980s. 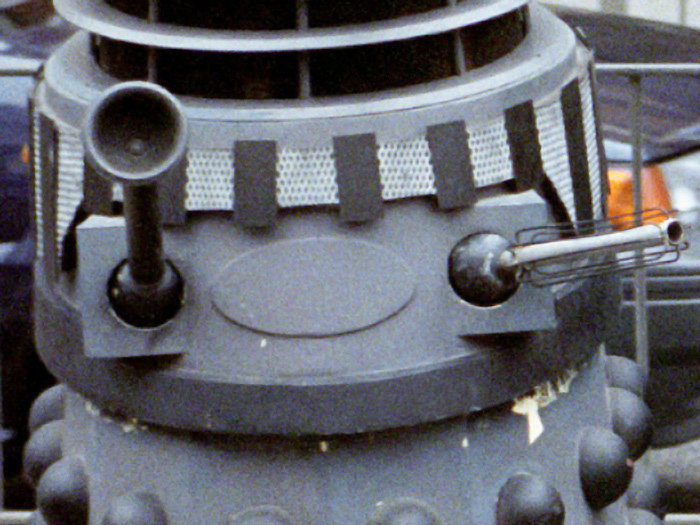 The Renegade Daleks built for Remembrance of the Daleks had slats which were spaced further apart than most previous configurations. They were black in colour and were glued to the 'mesh'.

The collars were made from textured black Plastazote. To pick out the mesh effect they were painted silver and then lightly paint rollered over with black paint to cover the flat raised areas but leave the silver paint in the recesses.

Later versions were made from flat, un-textured Plastazote, painted silver with extruded mesh used as a stencil. The whole thing was then sprayed black through the gaps in the mesh, to create the silver/black mesh pattern. 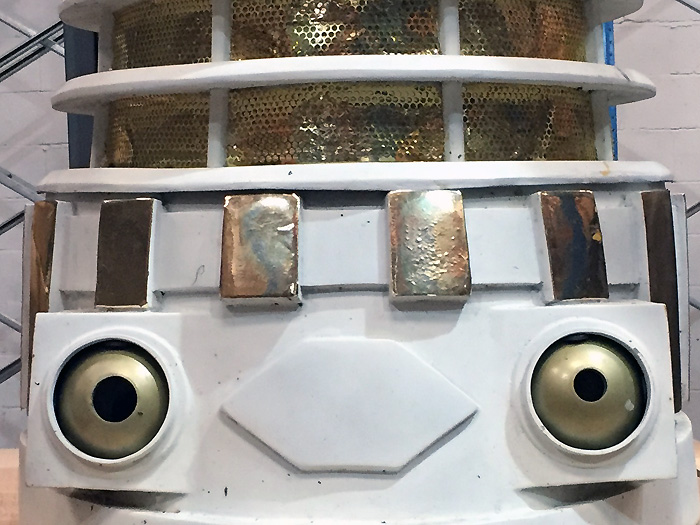 The Imperial Daleks were the first Daleks with slats that did not also have some form of mesh below them. The slats on the Imperial are integral to the shoulder section, being part of the fibreglass casting. They sit directly on top of the upper collar, which is also part of the this same GRP unit.

The size and spacing of the slats vary from that of the Renegade. There are, for example, only four smaller frontal slats. The faces of the slats have been given greater definition, against the plain shoulders, by the addition of a reflective gold covering. 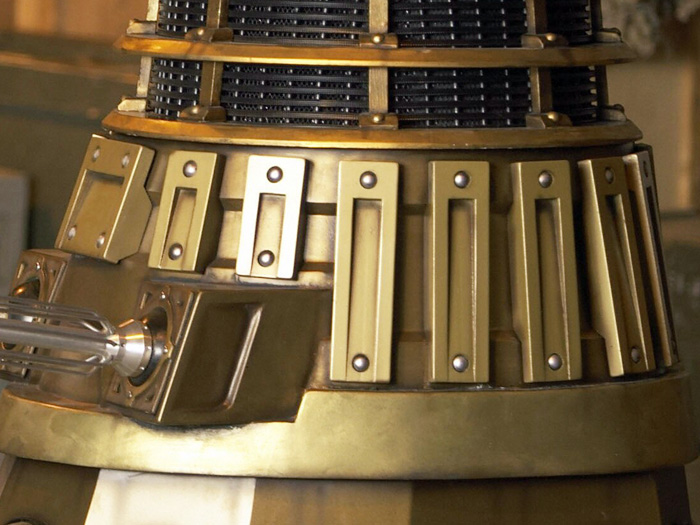 The slats on the 2005-2010 Series Daleks share a common heritage with both Classic and Imperial Daleks. As on the Classic Daleks, the slats are separate units, attached to the shoulder section one by one during construction. They resemble the Imperial configuration in that they are not mounted on any form of mesh. They simply sit against the collars, which are pre-formed into the fibreglass shoulders.

The New Series Dalek slats are unique in their design. They have a definite three-dimensional quality that previous slats do not possess. They look more like armour than technical gear - a departure from the original concept. 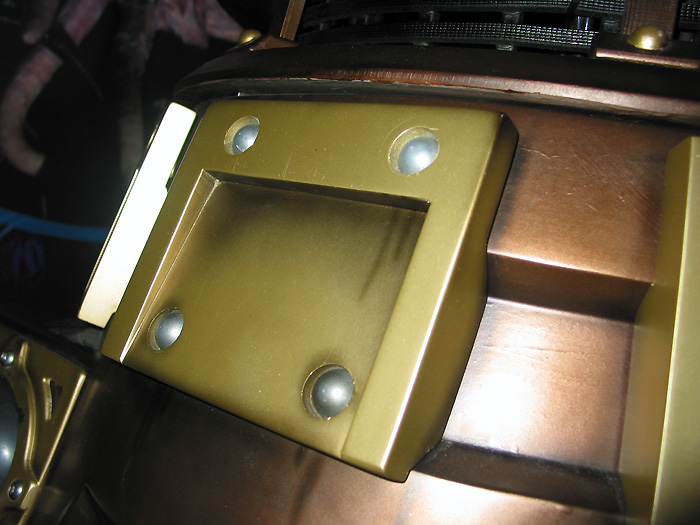 For the first time, there are three different slat sizes working together. All the long slats are virtually identical, with only minor modifications being made to the frontmost pair. in order achieve a good fit against the shoulders. These are followed by four smaller slats, above the gun and arm boxes. These in turn, sit either side of a single central slat that is of a unique size and design.

All the slats are resin casts, individually, spaced and custom-fitted. Eagle-eyed viewers will no doubt have noticed that one of the Daleks seen in The Stolen Earth and Journey's End (season four) has one of the long side slats mounted upside down!