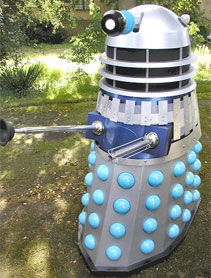 Adam is one of the Project Dalek Forum moderators and this is his first Dalek build, based on the design from the 1960s. The build is now on its second dome, the first (illustrated) being a little too 'tight' around the neck struts. Adam, being the perfectionist that he is, decided to create a new, larger dome from scratch.

The finish is a testament to his fibreglassing skills. This Dalek will shortly gain a 'brother' in the form of a New Series Dalek that Adam is currently working on. All of Adam's construction methods are well documented in the Builders Progress section of the Forum." 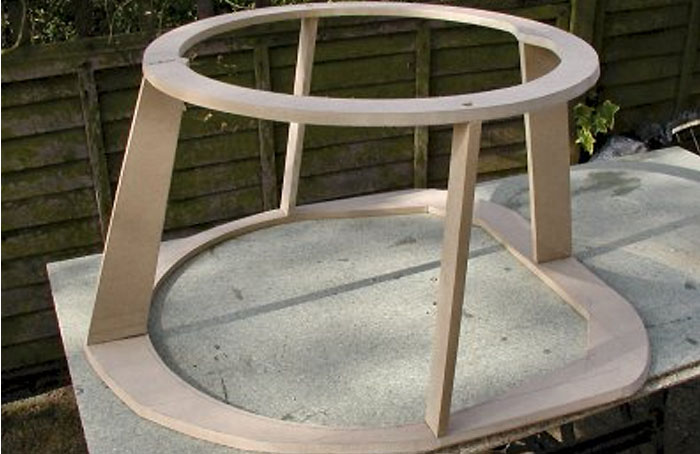 The basic frame of the shoulders is made from 12mm MDF, the same as the skirt. The ends of the struts are all tenoned into the frame and fixed with construction glue and thin screws. Bendy MDF was bent and glued around the frame and held with clamps. 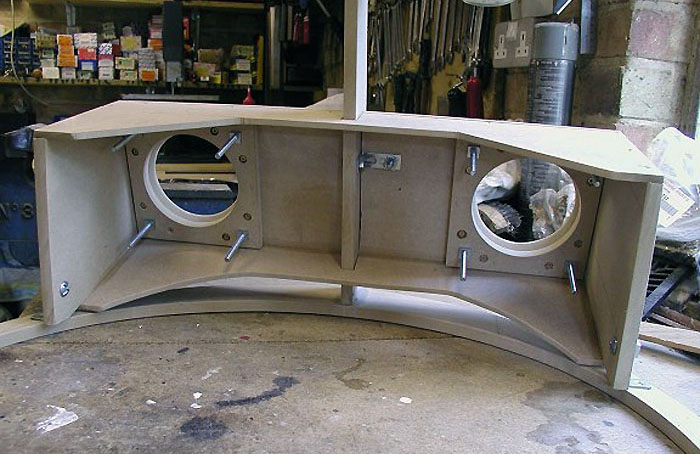 The gun box assembly was also made from MDF. A slot was cut in the centre to allow it to be fixed to the front shoulder support. In the photo, you can also see the retaining bolts used to keep the gun and arm balls in position. 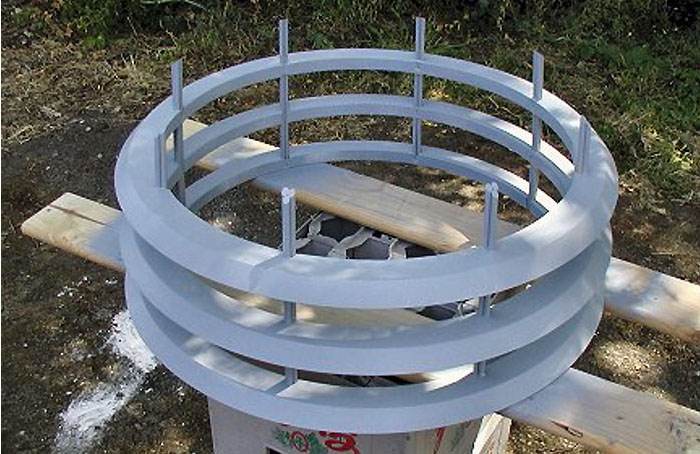 The neck rings are made from 18mm MDF. The inner part of each disc was cut out by jigsaw to make each one into a ring. The struts are fixed in place by drilling a hole (from the inside of the rings) through the struts where they meet each ring, then a screw is adding. 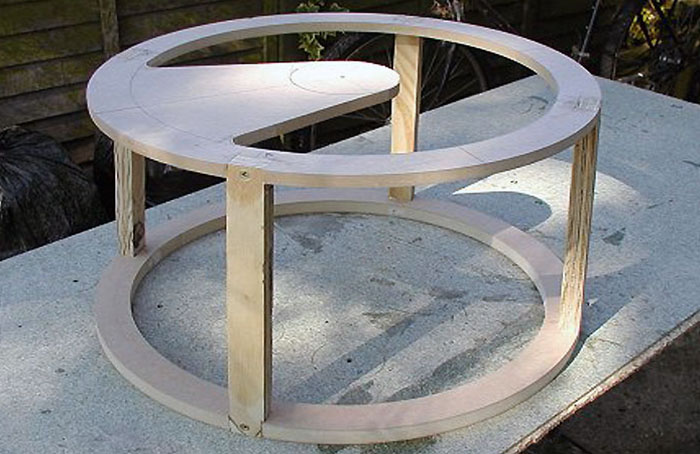 The neck bin was one of the easiest bits to make. A router was used to cut the top and bottom rings out of MDF. The bottom ring is made from the piece of 18mm MDF removed from the inside of the bottom neck ring. The top is 12mm MDF from the cutout of the skirt frame. 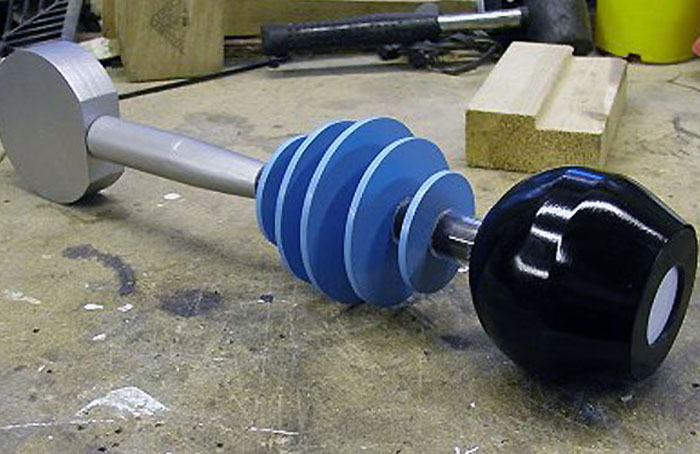 The eyeball is painted gloss black. The discs are painted Ford Olympic Blue (the same as the hemispheres). The disc spacers are painted dark metallic grey, the tapered section and pivot are painted silver. 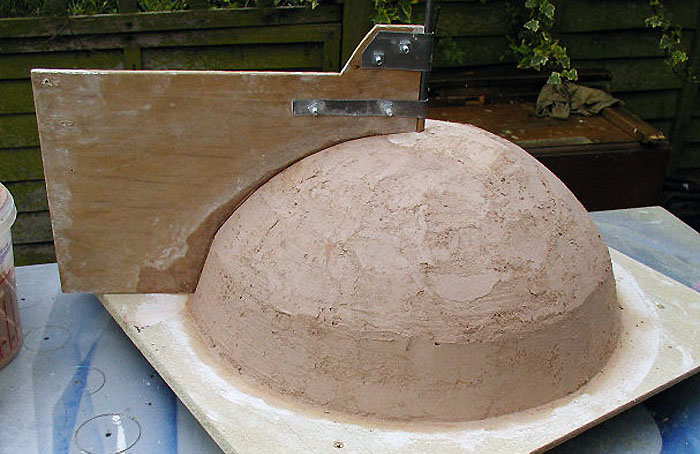 When making the dome 'plug', standard plaster was covered with a layer of Artex. Artex is easy to sand and can be very smooth to apply. Also, it tends not to get dragged as you spin the former around. It grips onto the plaster well and takes paint as if it was made to be painted.