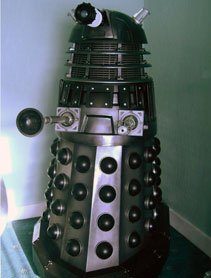 Captain Hawkwood started off his Dalek building experience by announcing at work that he was going to build a Dalek... and lo and behold someone told him a guy in IT had already built one! He quickly mailed his co-worker to ask a couple of questions and it transpired that he had a dome but that was as far as it went. He had got sidetracked onto other projects.

He had a classic style dome, but Captain Hawkwood needed a 2005 (new series) style version. However, he purloined it anyway, with the first job being the sanding of the primer coat that it was covered with.

Later, this dome was to be converted into the correct type for this build. See more details of that conversion process below. 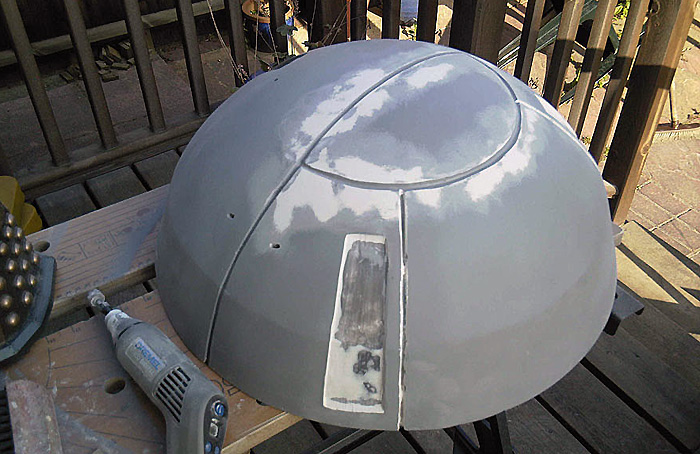 The dome needed the grooves and indents adding (see above) and a few dodgy patches sorting out, which involved some filling and sanding back. The detailing was added using a Dremmel type tool, carefully following the pre-marked lines. The end result was excellent and needed only the construction and fitting of the cowl to finish off the look. 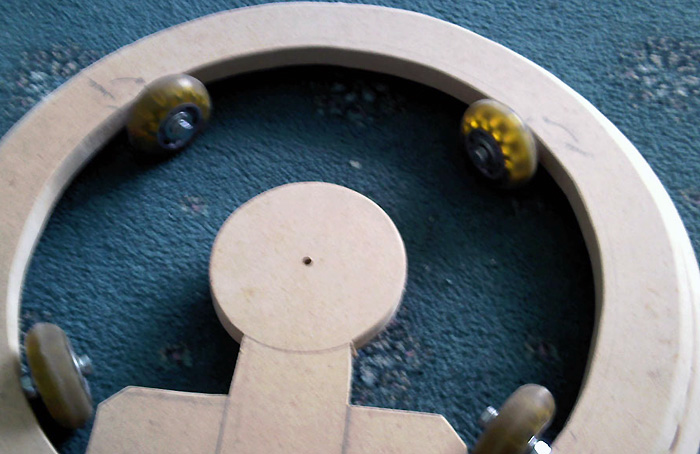 The dome rotation system was made from the wheels from a pair of old rollerblades. The wheels were attached with coach screws. There was a worry that the weight of the dome might split the MDF eventually, so reinforcements were later added, to brace the MDF, above and below. Note the central point, used to locate the dome and ensure accurate rotation around the neck section. 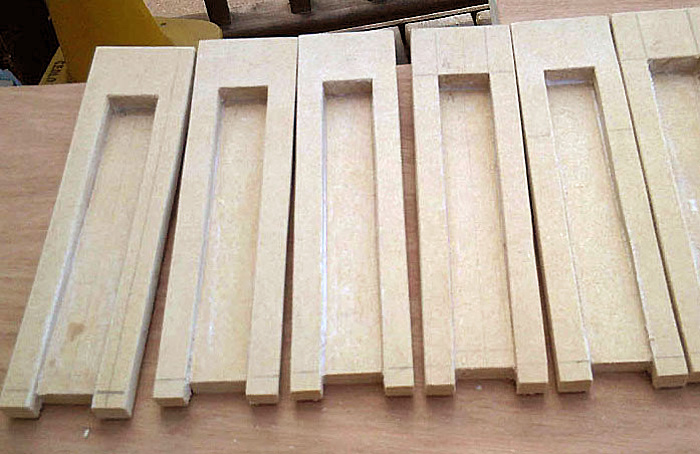 The slats were glued together and the excess trimmed off before a quick blast with the belt sander. The side profiles still need to be added at this stage. These profiles change slightly as you move around the shoulders, so care needs to be taken to ensure a good fit. The front slat was trimmed too close which left a hole in the indent section. This was patched up and didn't look too bad... better after primer and paint etc. 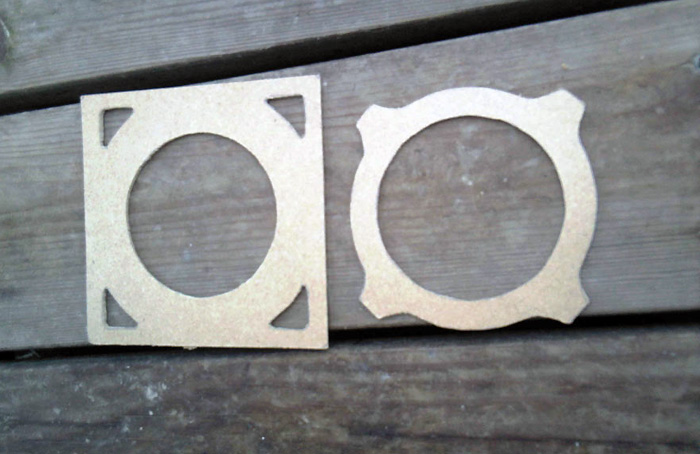 The details that go on the front of the gun boxes were jigsawed using the template from the Project Dalek 2005 series Dalek plans. Because they consist of a raised section, over a lower section, each was made as a two-piece assembly which was then glued together. As pictured here, they still need sanding and finishing. These were later attached to the gun and arm box fronts, over the ball joint holes. 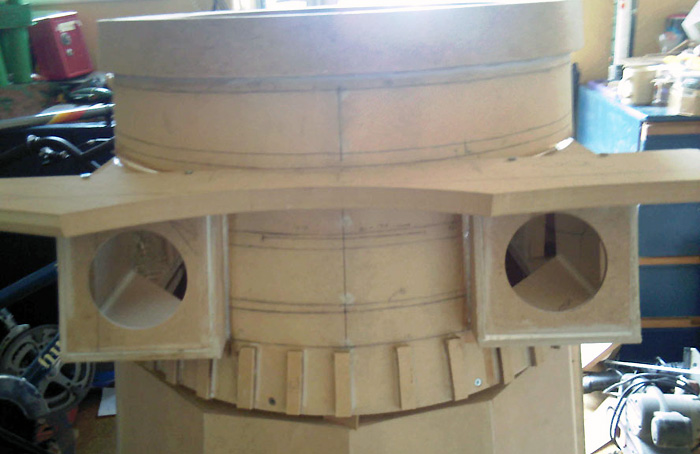 The gun and arm boxes were built separately rather than in one piece then joined afterwards. This made life much easier although it did help to have someone to hold the pieces while the positions were marked up etc. The gun box sides were made from 6mm MDF with 12mm used for the front. This is plenty of thickness for the job they have to do. 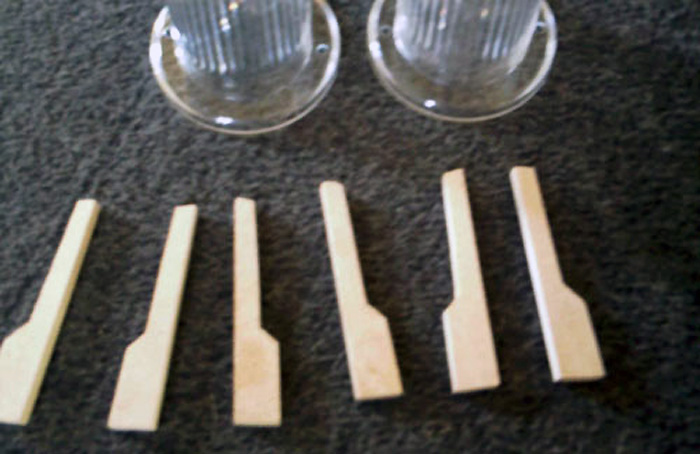 The light cages were quite fiddly to make and were started and then left for a while before being completed. The original plan was to cast them but this proved to be a lengthy and possibly unnecessary process so in the end they were just chopped out of MDF using a fine blade. They needed a bit of sanding but were OK for the purpose.