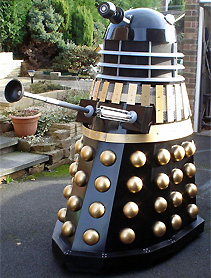 John's Dalek 'Eddy' was built in the summer of 2007. When John took Eddy out for the first time, he was thankful for Eddy's running gear, sourced from an electric wheelchair. Where he lives is very hilly and he would not have got Eddy back home again without the motive power. John says, "going downhill put the willies up me but I managed to drive him ok. I got quite a few spectators".

Among the events that John has attended with Eddy was the July 08 Project Dalek meet at the National Coal Mining Museum (for England), at Middlestown, West Yorkshire. Eddy looked superb, in the sunshine. More photos are available on the Forum. 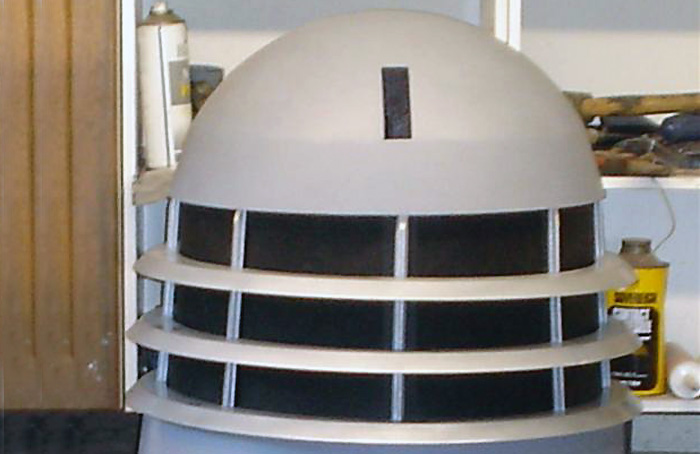 This is the first assembly, for reference purposes prior to final fitting and painting. The neck rings are bare and have yet to be painted. The eyestalk and domelights are also missing, at this point. Pre-assembly is highly recommended as it allows the builder to iron out problems before parts are finished. 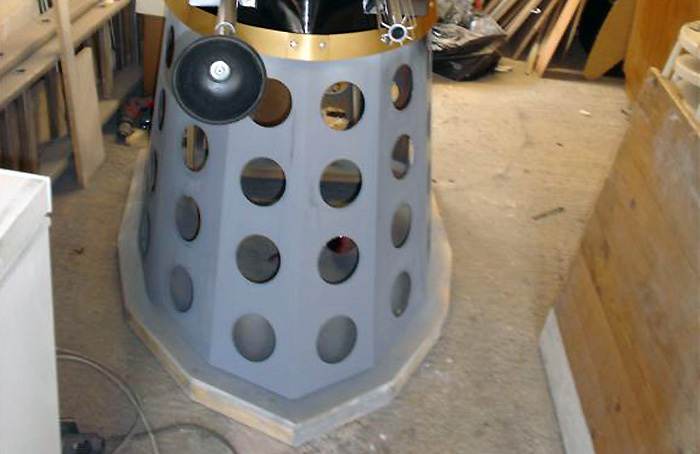 This picture shows the skirt section in its semi-finished state. The hemispheres are to be fitted in the traditional way, as 'push-throughs'. Fifty-six holes have been cut in the skirt panels, ready for them to be added.

Each hemisphere has a flange around the circumference, which sits flat against the inside of the skirt panels, stopping the hemispheres from falling through. 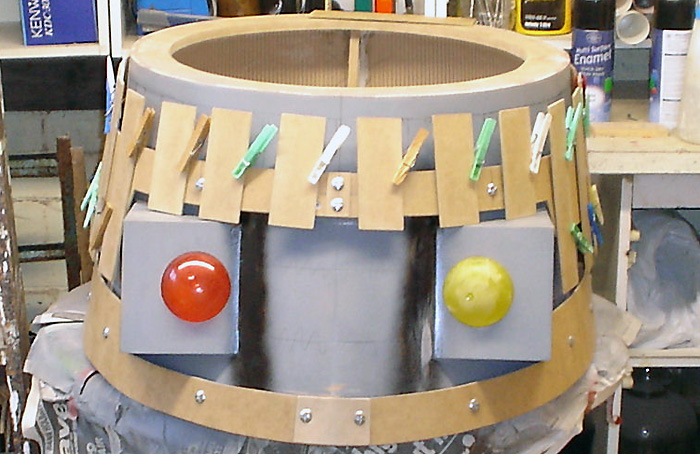 Spacing the slats evenly can be a difficult task. This method of holding them in place, using clothes pegs, allows them to be carefully adjusted and re-adjusted before finally committing to a position. Many builders use tape for this process but pegs make for a quicker, neater solution. Finally, slats are hot glued or screwed/riveted in place. 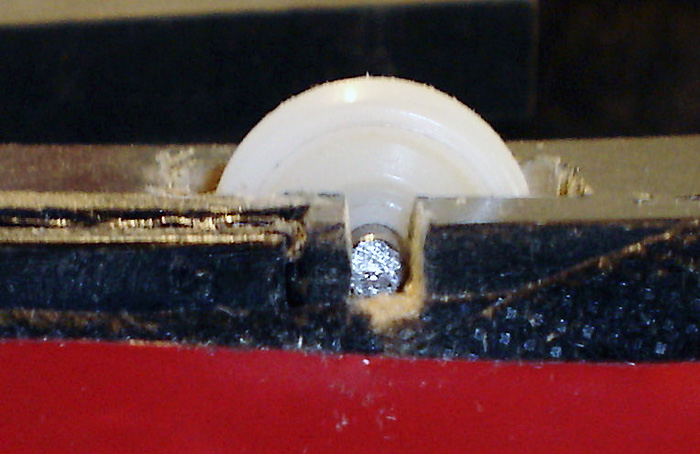 This is a detail shot of one of the small nylon wheels which have been cut into the upper surface of the neck bin. They are positioned in small slots which allow them to turn freely. When the dome is placed on top, the flat underside rests on the wheels, which allow it to turn freely and quietly. 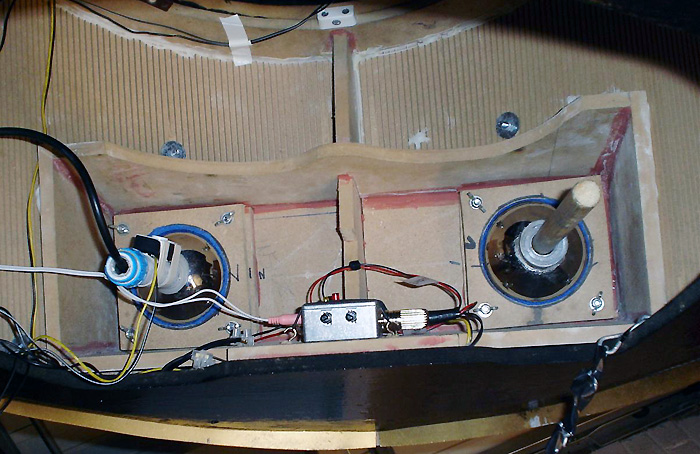 The insides of the shoulder section are pictured here. Much of the wiring is visible, along with the clamping plates which keep the ball joints in position, while allowing them to move around freely during operation.

Note that hidden sections of the gun/arm boxes have been trimmed away, to reduce weight and facilitate access. 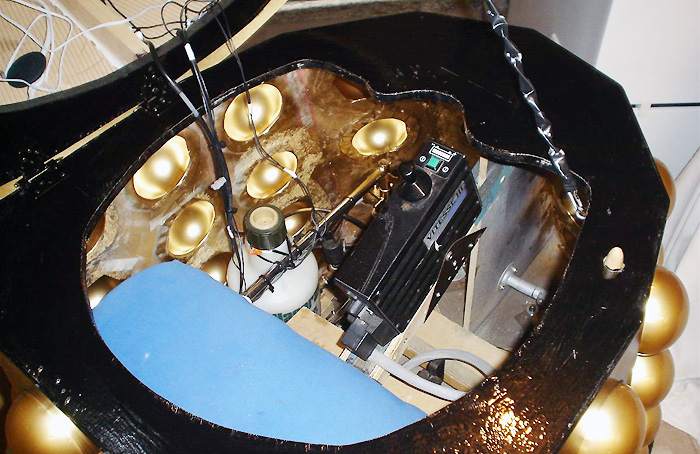 In this photograph, we see the completed Dalek with the shoulder section hinged away from the skirt. Note that the 'push through' hemispheres (and their method of attachment) are evident. The black box is the joystick control unit, linked to the 24v electric wheelchair running gear, sited below the seat.