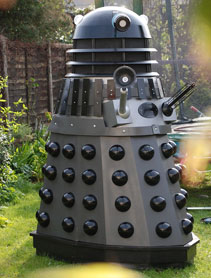 Many builders say that a Dalek is never finished. In the case of Nimrod, this is quite near the mark. Even after completion, Jon went on to tinker, improving Nimrod's looks and even producing better parts from GRP. This was prompted by a small disaster that resulted in damage to the original parts.

New motorised running gear was also fitted. The new wheelbase resulted in the centre of gravity shifting forward a little, so there was a tendency for Nimrod to try to overbalance if the top was open. This was cured by mounting a caster near the back of the fender. The structure is now rock solid and Nimrod enjoys his trundles without the fear of toppling over! 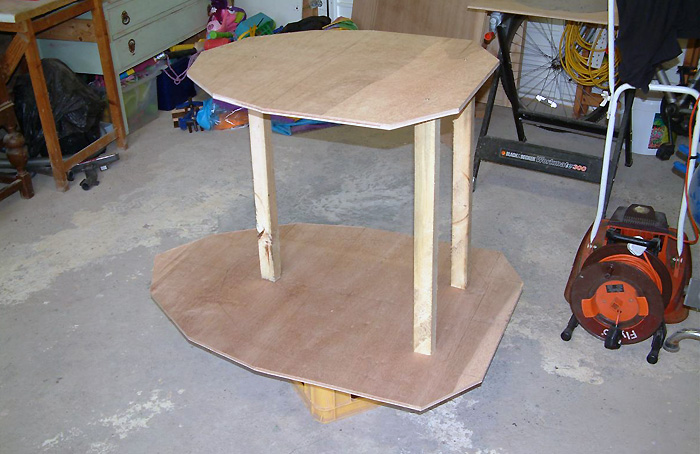 Some 9mm ply and 6mm MDF was purchased, the ply was marked up and cut to make the top and bottom panels of the skirt. Temporary struts (pictured) were used to position the upper panel over the lower one to ensure that both position and height was correct and to be certain that both parts were parallel to each other. Once the skirt panels were added, the struts were removed. 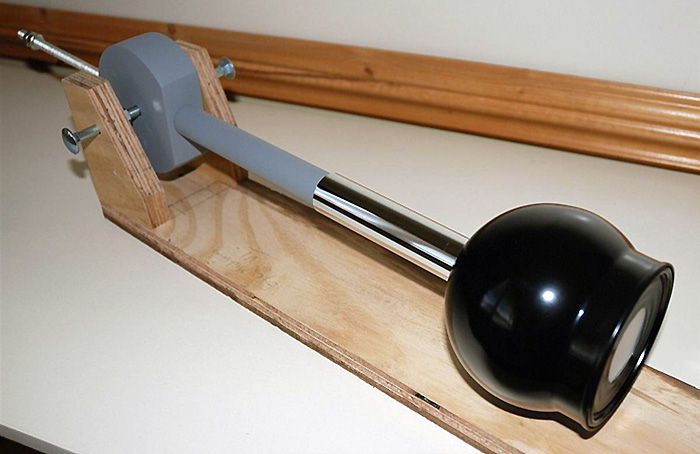 A single length of pipe (pictured) was used for the central stalk that the discs are threaded onto. He then force-fitted the discs onto the pipe (with a dab of epoxy). He first made a mock-up of this to test the theory and then gave the resultant prototype to his 6-year-old son to play with. It survived an entire afternoon of mishandling and was duly passed as suitably sturdy. 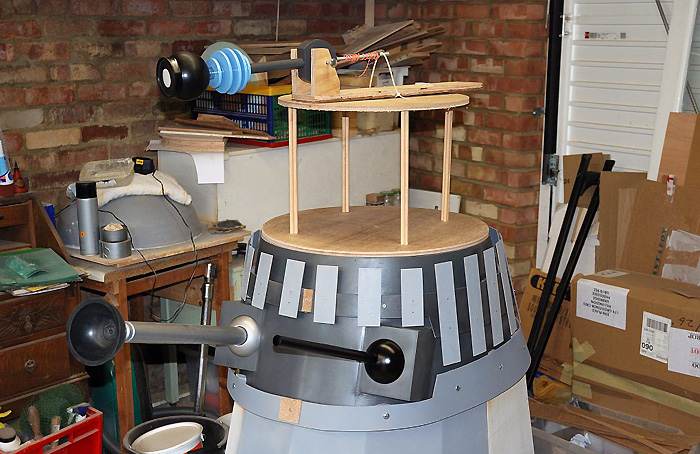 Jon downloaded the collar templates (available to Project Dalek Forum members) and ran a test using thin card. After a bit of jiggery-pokery, he got a decent fit. He was very pleased to find that he had enough hardboard for all four collar parts. After a quick raid of Wickes, he got hold of a sheet of 3mm MDF for the slats, built a slat template out of an off-cut of hardboard and got to work. 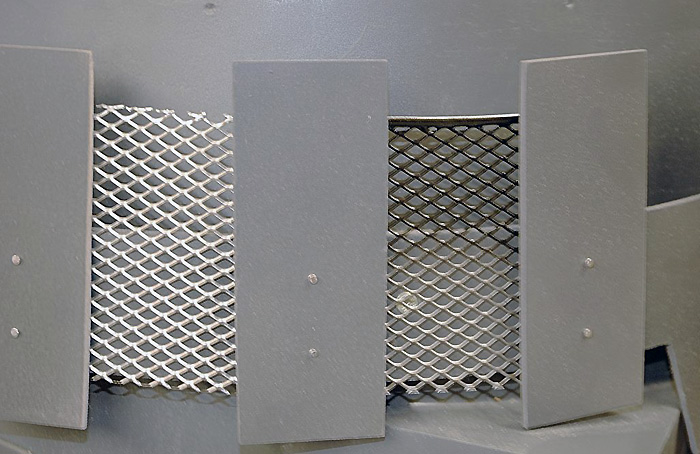 Cutting the steel mesh was no problem since the slats had already been positioned. Jon simply had to arrive at a size that he was happy with. The slats hold the mesh in place without the need for additional securing. To keep little fingers away from the edges of the sharp steel mesh, earthing sleeve was cut to length and then carefully sliced down its entire length. This was then fitted over the sharp edges. 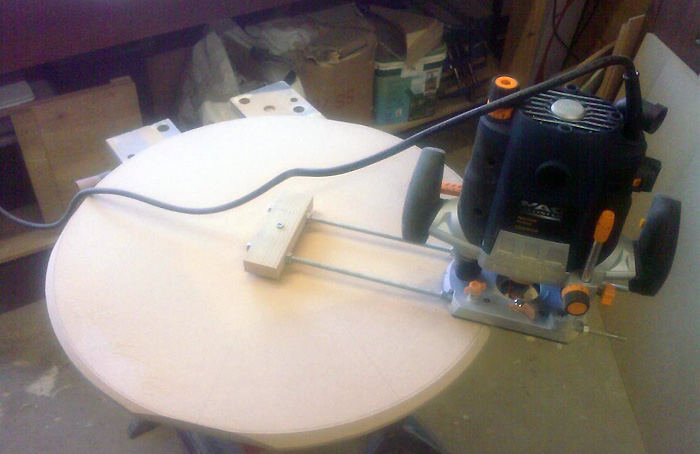 Here we see a device attached to the router in order to make the required arcs for the neck rings. The router was attached, via two lengths of threaded bar, to a block of wood. The wood was bolted to the disk so that it effectively makes a router/compass. The cable is across the work for the photo only. When in use, the cable was trailing along the floor and plugged into a proper RCD protected socket. 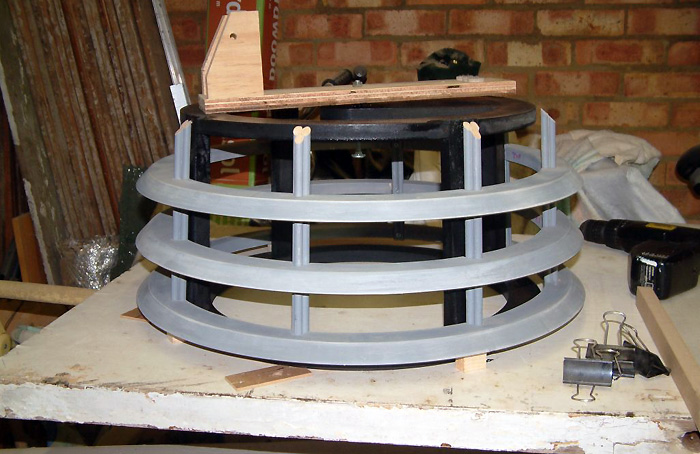 Having already made the clover-shaped rods for the neck-cage, Jon found that they were such a good fit that there wasn't enough wiggle room to make them fit the rings properly. After blitz-ing the rings with a sanding ring, fitted to his Dremel, the rings fitted much better and he was able to glue/screw the cage together. The photo shows the assembled neck cage test fitted over the neck-bin.