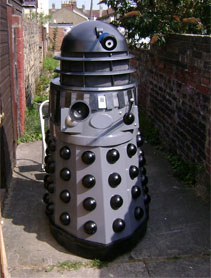 Nathan started this 70s inspired Dalek build back in October 2008, when he was just sixteen years old. Working mainly in the warmer months of the year and with help and advice from his Dad, Nathan managed to complete the Dalek by August 2009.

However, that was not the end of the story and (as with most Dalek builders), Nathan has continued to adapt and improve his Dalek. One addition is a voice modulator, another is a LED in the iris, which flashes in time with the dome lights, as the Dalek speaks.

His latest project is a 2005 series Dalek build, while Drec is often seen out and about at various charity fundraising events. 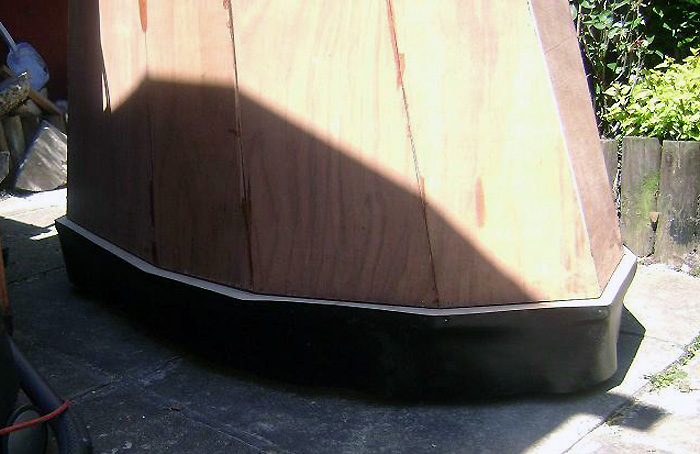 The skirt was assembled using wooden panels around a wooden frame. Here we see it in its raw state, on top of the base section. Pond liner was used to cover the Base. This was done for the bargain price of just £3.60, proving that Dalek building doesn't necessarily have to be expensive. A thin wooden rim was added on top of the upper joint, to stop it getting ripped off, during operation. 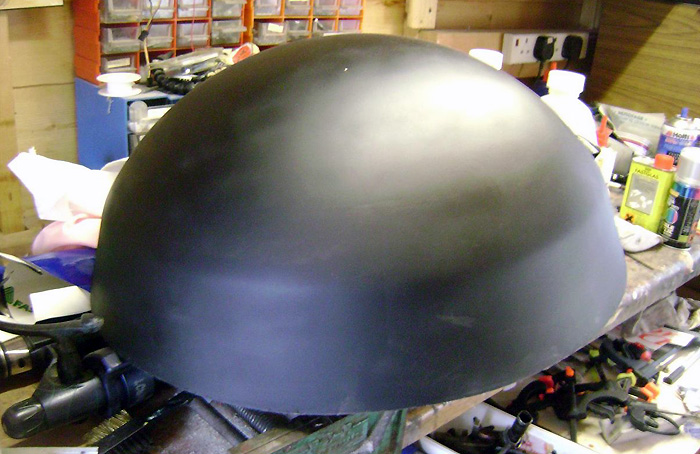 Pictured is Nathan's Dalek dome, that was kindly made for him by a friend. It was given a little rub down with wet and dry sandpaper and a coat of nice matt black paint was applied. At this point Nathan was undecided about the final colour scheme for the Dalek, thinking that maybe he'd like it to be in Supreme Dalek colours, from 'The Chase'. This was later to change, along with the dome colour. 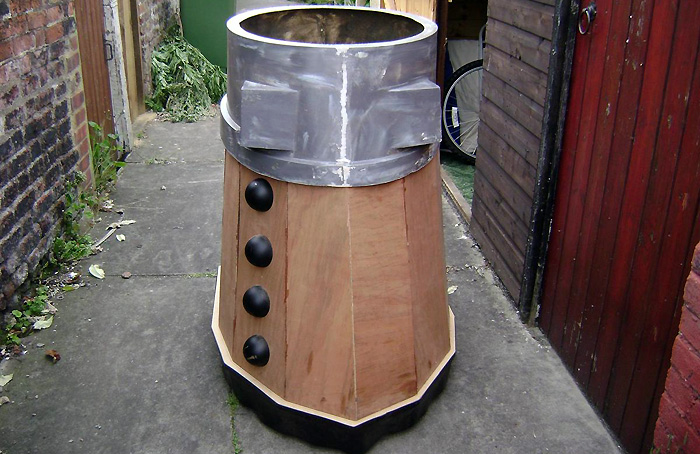 Nathan's shoulder section is a fibreglass version with the lower collar moulded on. This gives the builder the option of simply using the moulded section as the collar or adding an external collar and using the moulded version as a spacer. The casting was very rough needed a little filling. The shoulders are seen here during test fitting, on top of the partially completed skirt section. 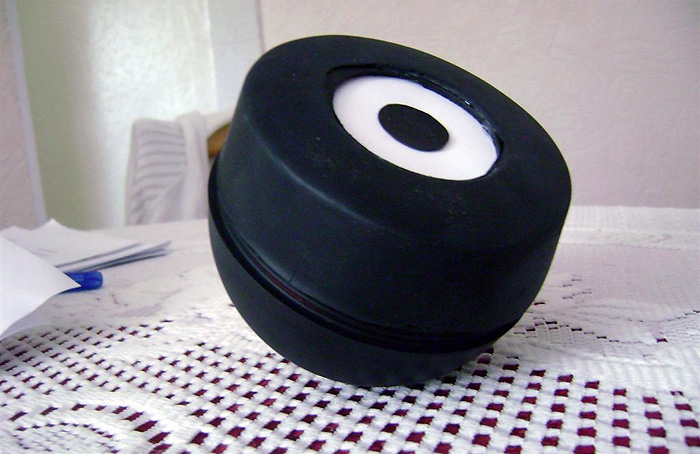 The photo shows Nathan's Dalek eyeball after a good bit of filling and preparation work. The join still needed to be filled and rubbed down but this was done after it was connected on to the stalk. It was at this point that Nathan decided to change his project from a 1960s style Dalek to a 1970s variant. This is reflected in the irisl design which has been given a distinctive 70s style pupil. 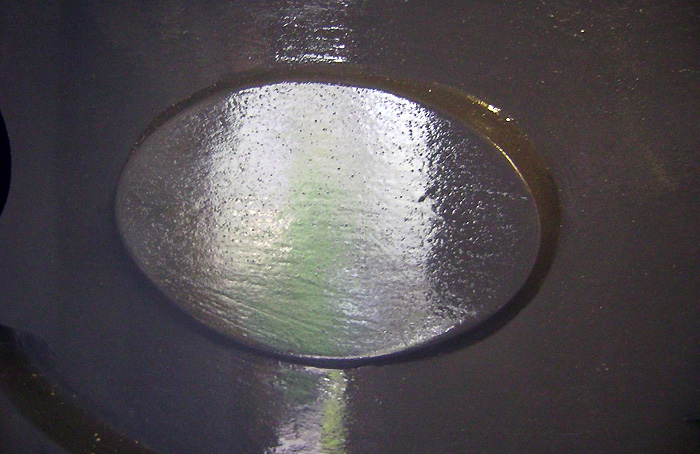 Having changed his build from a 60s Dalek to a 70s version, Nathan decided to add an oval between the gun and arm boxes, on the shoulder section. This feature is present on the bulk of the 1970s Dalek, so it made sense to include it here. The oval was cut out of plywood and glued on. It was then filled, it to make it look as if it was part of the shoulder section. 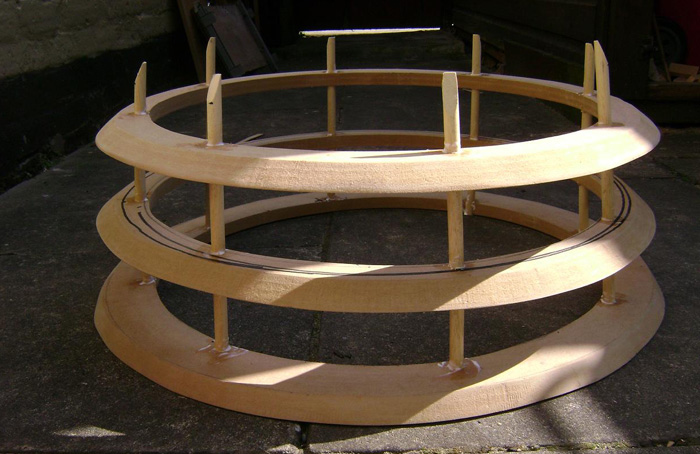 Here is an image of assembled neck cage, showing the neck rings and struts glued together. A joint decision between Nathan and his dad was to go with single dowel rods for the struts. 100% accuracy was not something they were aiming for and being as it was their first Dalek, they want to see how it progressed, mindful of the budget. However, some 70s Daleks do have single dowel uprights, so no harm done!