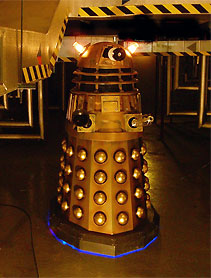 On finishing his Dalek, Steven made the following announcement: "I would like to introduce you to Graham. He has seen a bit of action in his time and is a tad on the dirty side".

Though he has wheels, he is more of a static prop. He has a voice modulator and all his lights work, but as I don't have transport he gets to stay at home all day and watch daytime TV.

All the guys and gals at work who thought Steven was a geek (and he insists he is), for building a Dalek. However, they all want to have a photo taken with him for Facebook... So now he's laughing at them! 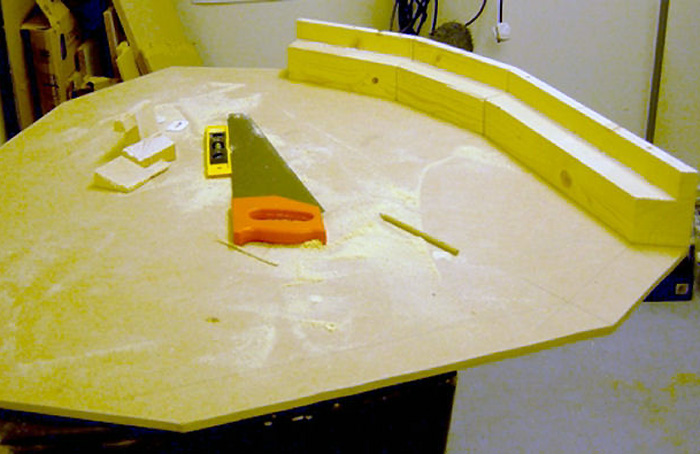 This is a cheap method of building the skirt/fender. Steven had the builders in at work and they left behind a huge bit of MDF. He cut out the fender to the full size using that. He then joined two pieces of wood together into an 'L' shape and cut to the correct size and angle. Once glued and screwed into position, the edge was planed to the correct size and slant. 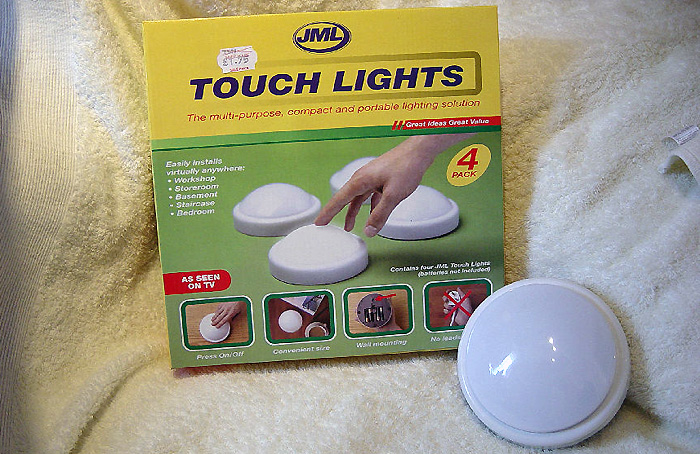 Steven was in a local store and found a packet containing four "JML" push-lights for £1.79 each. Eight lights cost a total of £3.58, quite a bargain. He used these to make the eyestalk discs. Each domed light cover was carefully cut down and sanded to the correct diameter, as per the Project Dalek plans. 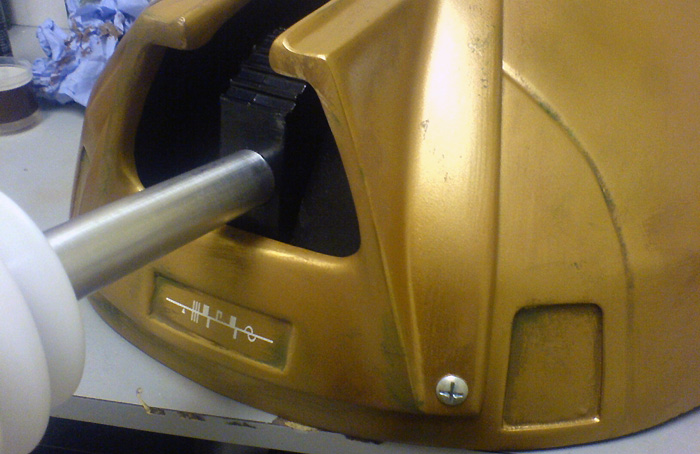 Steven decided to give his Dalek's dome the battle damage look. He used dark brown paint and brushed it on, over the basic colour. The darker paint emphasises the various edges and recessed areas, producing a great effect. The shoulders were also painted and given the same battle damaged look. 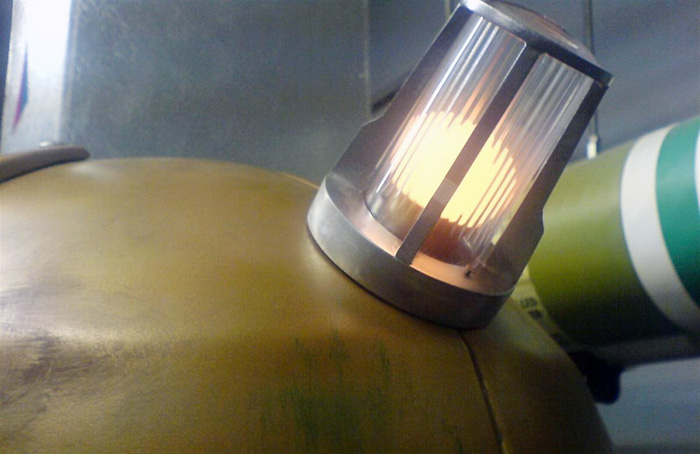 The lights were built differently to those seen on the original Daleks. Steven wanted to use a 12v battery to power them, along with his voice modulator. He put some smaller lights inside ping-pong balls, which produced the desired effect, looking very much like the inspection lamp bulbs used on the real props. 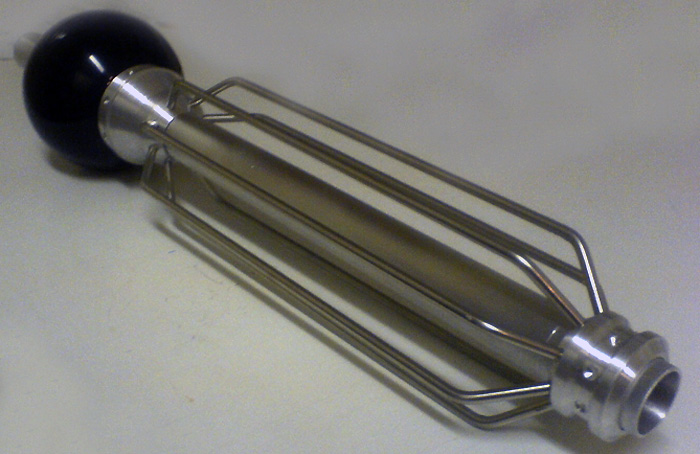 The gun was made by Steven, completely from scratch. The metal parts were created in the usual way using tube, rods and custom-built, specially machined bezels. The ball joint sections for both the gun and plunger arm were made from 'magic 8 balls', which were found to be just the right size. 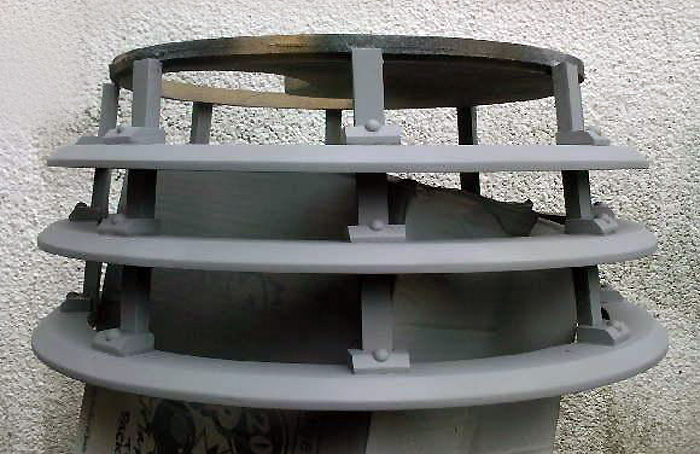 Here we see the neck cage pained in primer and ready for the topcoat. Note that this section has been built without using a separate, internal neck bin. The turntable base used for dome rotation has been fixed directly to the top of the neck struts. Later the mesh and matting were also attached directly to the interior of the cage.