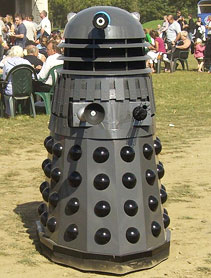 Thalspy's Genie is a radio-controlled, motorised build using a Futaba Skysport 6 transmitter with Roboteq AX2550 motor controller. Thalspy says, "pictures don't really do her justice as she's at her best when in motion". You can see a video of her in action at the bottom of this page.

Based on the 1970s 'Genesis' Daleks, Genie has many features which are authentic to that era. Particular attention has been paid to the details such as the size of the gap between the dome and upper neck ring and the slightly bent gun rods, which are quite correct but rarely replicated by builders. 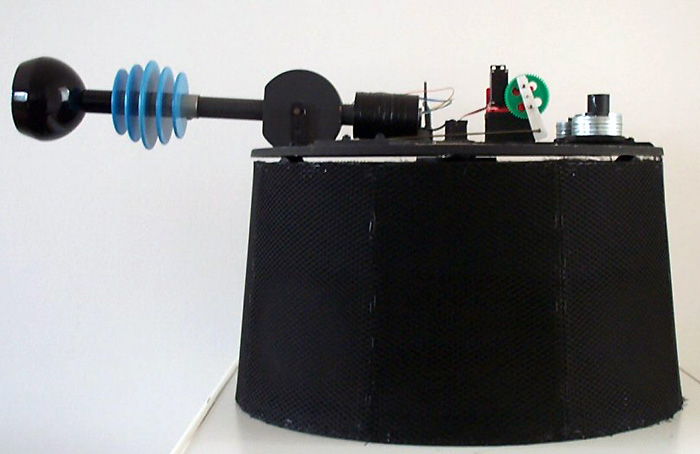 Here is an early shot of the neck bin with eyestalk assembly. You can see the servo motor and gearbox. It is a 'hacked' Futaba servo (made to run continuously) and hobby-type gearbox. The assembly is linked to the stalk via a control rod similar to those used to control model-aeroplane elevators. 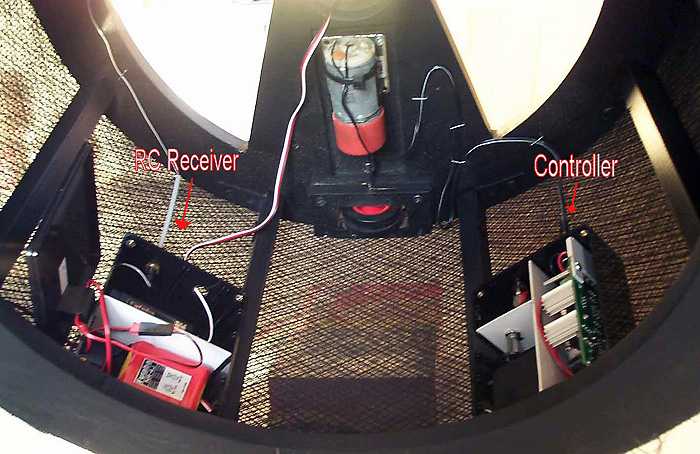 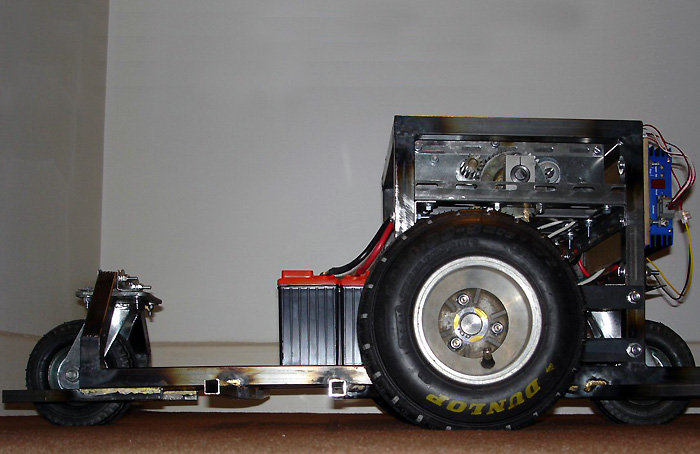 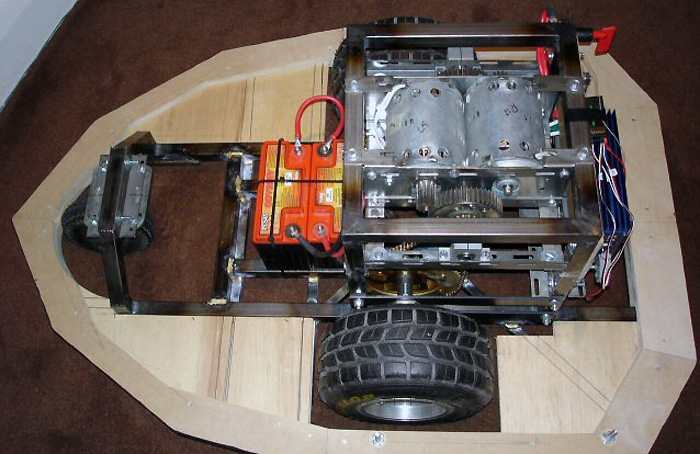 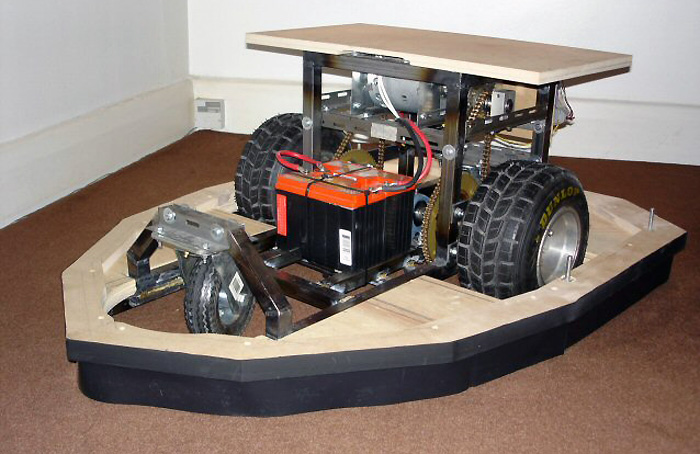 Motor Controller: programmable Roboteq AX2550 with RC input. Batteries: 2x 12v Odyssey PC545s. Additional: Motorsport cut-off switch. Seat: MDF! The entire gear assembly sits on a silver steel shaft with bearings, thrust bearings and shaft locks, some of which had to be imported from the U.S.A. 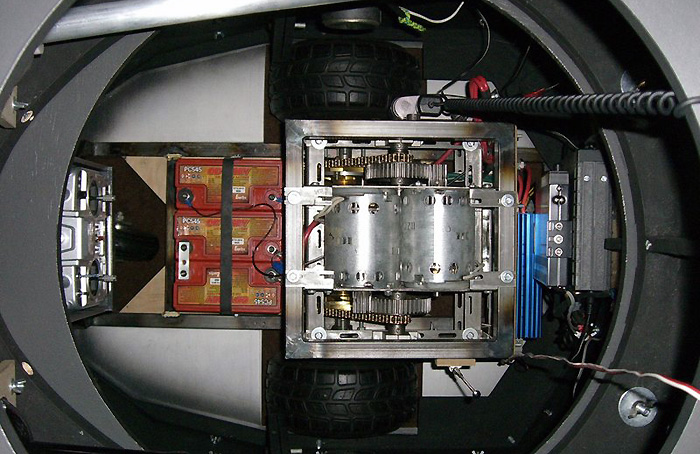 The Roboteq AX2550 can be connected to a PC for programming the motor's power, deceleration ramps and joystick calibration. It can also be controlled via software, with input from sensors such as motion detectors and infrared, so there are possibilities for a fully autonomous Dalek!