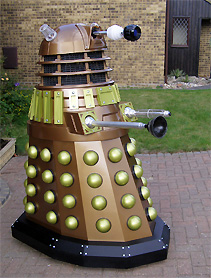 Although Orion was cosmetically finished in June 2008, he is still continuing to get small upgrades and improvements. These include a custom-built remote control iris mechanism; improvements to the dome rotation and eyestalk movement and a very slick single box solution for remote Dalek voice.

Orion is also fitted with cold cathode fluorescent tubes, under the fender. They are housed in protective tubes, midway between the floor and the top of the fender. The positioning means that the only time one might get damaged is when the fender is on its side, so fairly unlikely. 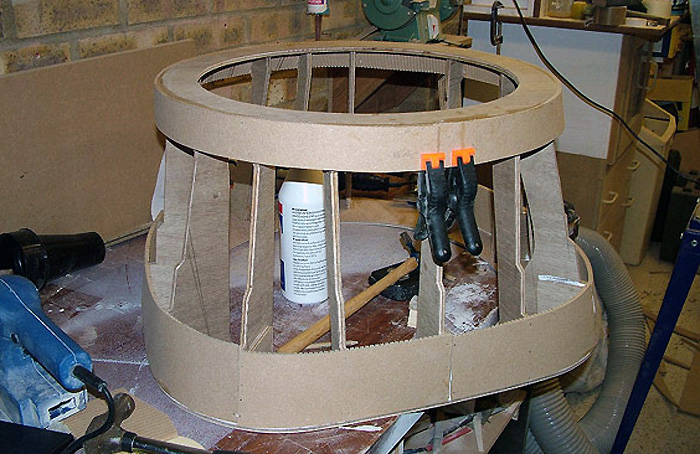 When making the shoulder section, stays were cut for cladding in layers, rather than clad at one layer and then build up. The stays were to be trimmed down when the cladding was done, but my main aim was to go for radio control, so operator comfort was very much on the back burner. 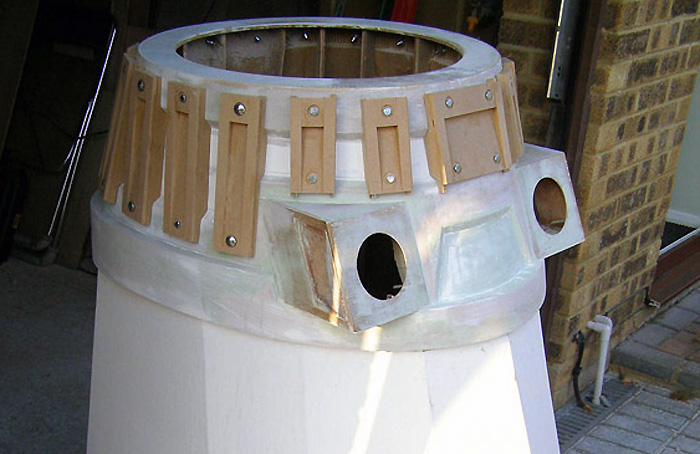 The slats were made from MDF at 15mm deep and a slot was cut into the edges so that a side piece could be added to extend the slat into the profile of the shoulders. The advantage of doing it this way is that the slats are hollow and this helps a little with reducing the overall weight and also with fitting. 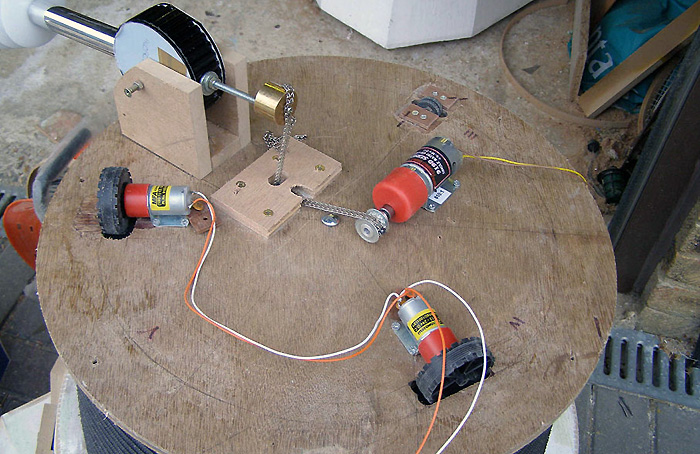 This picture shows the method devised for raising and lowering the eyestalk. Limiting switches were later added so that the motor travel was restricted to stop the chain from getting too tight or too slack. Clearly visible is the large motor for the eyestalk and the two smaller motors for dome rotation. 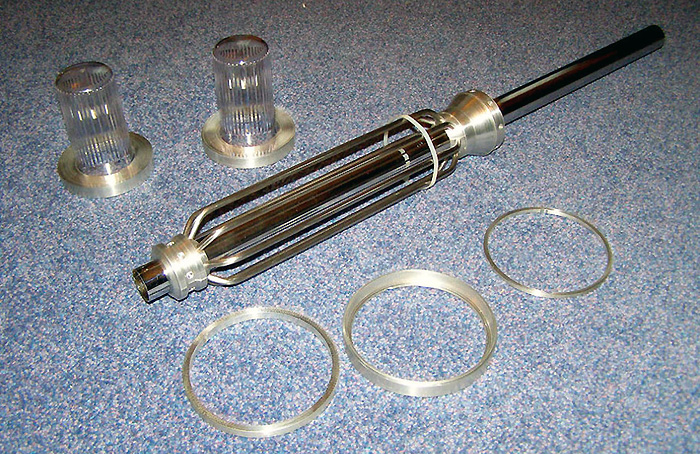 In this photo, the light cages have been started and the gun is close to completion. The rings in the middle are hemisphere surrounds made from aluminium. These are master versions used to make resin copies. The ring on the left goes on the back of the main surround to make casting easier. 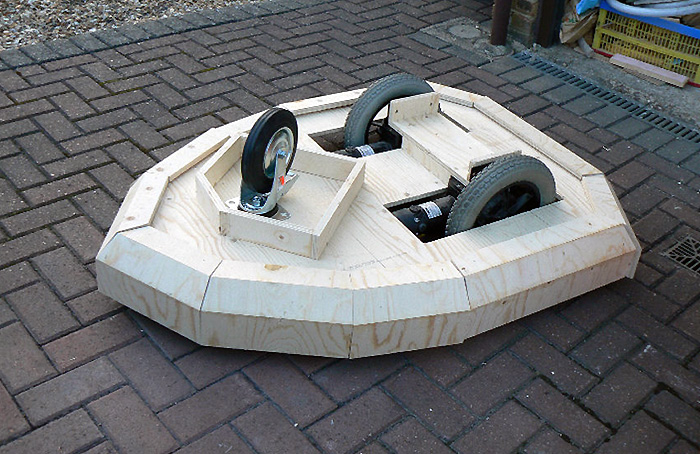 This photo shows the fender under construction. Note that the front castor needs to go under the "work in progress" front box. This is simply a 'test fit', to make sure that all the parts go together correctly. Once construction was complete, the fender was painted in its familiar dark colour scheme. 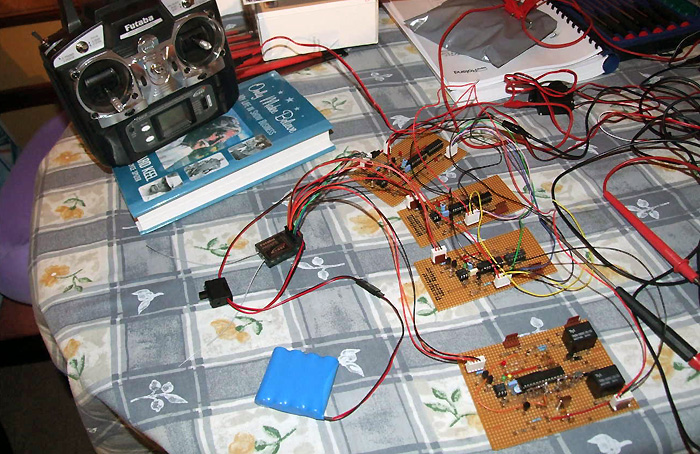