This article on Shawcraft Models first appeared in 'She' magazine in the mid 1960s... 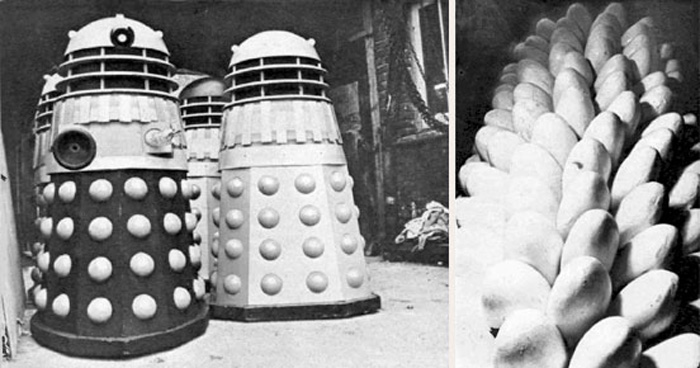 Shawcraft's model monsters began with the Daleks - and no doubt there are more horrors to come. But in more serious vein is the model (above, right) which helps to show the formation of some viruses.

Where the Daleks were born

On Saturday mornings the small boys of Uxbridge, Middlesex, tend to gather at the open gates of what at first appears to be a junk yard on the Slough Road, just out of town. Five-year-olds stand in goggling amazement. Older boys glance surreptitiously left and right about the yard, then dart in to touch - actually touch with their own hands - a monster made familiar by television or cinema.

Even local teenagers, in Carnaby Street gear and accompanied by "birds pause in their weekend perambulations and glance into the cluttered yard, experienced eyes sorting out sections of Dalek, the antennae of a scrapped Zarbie, the nose cone of a space rocket. For this yard is the "foyer" of Shawcraft, a firm of model-makers and innovators. This, in fact, is where the BBC Daleks were born.

Here, in apparently inadequate premises, monsters come and go week by week, veiled in tight security until their presence in our midst is dramatically revealed in an episode of Dr. Who or some nightmarish adult play or film.

All are manufactured in the cluttered workshops behind the yard. It is here that producers', playwrights' and designers' visions become concrete under the inspired hand of one Bill Roberts, late of Merthyr Tydfil.

Mr. Roberts retains the Welshness of the expatriate Celt. His voice is helped along by a lilt that would do justice to Dylan Thomas. From an office like the bridge of a ship, high over the yard, he directs the complex and often frantic operations called for by directors with a half-visualised dream and a firm and irrevocable deadline. His staff of 16 craftsmen often work late, sometimes all night, so that a monster, a spaceship, an elaborate working control panel, can be set up in the studio in time for final rehearsal

"I don't really know how all this happened," says Bill, sitting at his L-shaped desk, his conversation punctuated by incessant telephone calls. "I started out with two partners making exhibition model aircraft for British European Airways and some other companies, models of all sizes and types. Then we started making other types of purpose-made models, all unique in their way, all commissioned for special jobs, and the thing just grew.

"My partners and I split up some years ago - I found it better to go it alone, less restricting, you know - and through various contacts the range of our products widened.

"We just made what we were asked to make .. . scale model buildings and technical models for export, educational exhibits, even X-ray machinery and medical equipment. It was a challenge all the time and everybody seemed pleased with our work.

"Some of the jobs were very tricky in the beginning. Of course, you learn as you go along and things get easier. One of our early commissions was for a mobiltron, a huge machine designed by Nuclear Engineering, of Greenwich, for the treatment of cancer by cobalt rays. The original weighed about 70 tons, and they wanted a desk-top model for sales promotion overseas.

"We eventually scaled it down, virtually a working model, to a weight of 15 lb. Nowadays - we like to think, in-part at least, through our efforts mobiltrons are used in cancer treatments all over the world.

"That led to other things. The Science Museum in Kensington has many exhibits made by us, including a complete family of viruses, magnified millions of times over.

"There is one downstairs under construction now, a tobacco-virus. It stands 10' high, and to give you some idea of the scale, if a cat was magnified to the same ratio it would stand with its front paws in Moscow and its hind legs in London !

"We have made models for Rolls-Royce and many other engineering firms, and about once a year the Smithsonian Institute, Washington, USA, one of the world's greatest museums, commissions a new exhibit from us. The first one they asked for was a 1 / 24th scale model of the famous transcontinental 'Nickel-Plate' locomotive." 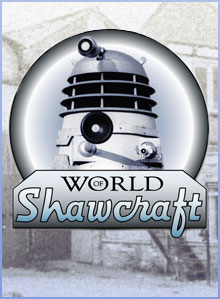