Similar work was taken on from a number of other aircraft manufacturers from around the world. Indeed, by 1960, Bill Roberts reported that 50 per cent of the company’s output was for international clients.

Shawcraft were also busy making model aircraft for advertising, display and exhibition uses. This work began to get the company’s name noticed and they were offered commissions to build models for the film industry. The largest model aircraft they are know to have built was a replica Vickers Vimy, built in 1954, with a wing span of 67 feet. This was built for the film company British Lion for The Long Hop, a film about Alcock & Brown’s transatlantic flight. Despite some considerable investment in pre-production, this film seems to have been abandoned. There is little information available but The Long Hop does not feature among the 349 films made by British Lion. However, the model was made and paid for. As part of the brief, the model was required to be able to taxi under it’s own power at speeds of up to 25 mph. This was achieved by fitting two Ford V8 engines which drove the large (10.5 ft) propellers.

It appeared on a static display at the Battle Of Britain air display at RAF Biggin Hill in 1955. Twelve years later, the nacelles and engines from this model (minus the propellers) turned up as set dressing, placed on the backlot at Shepperton Studios for the Dalek mine scenes in the 1966 film Daleks' Invasion Earth 2150 A.D. The fate of the aircraft remains a mystery, though it is possible that it remained stored in a dismantled state until the late 1980s. 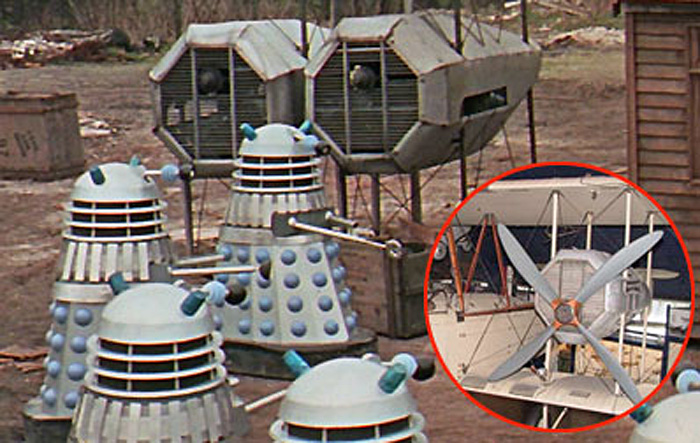 Shawcraft's replica Vicker's Vimy engines, used as set dressing at the Daleks' mine.

Difficult projects like the Vimy proved how invaluable Shawcraft’s experience with real military engineering was. The gigantic model was test assembled near the Shawcraft workshops, on waste land that separated the local shops from Hoey’s haberdashery.

Smaller scale aircraft work included a BOAC Argonaut with a wing span of only 2.5”, complete with working electrics which illuminated the cabin and powered the navigation and landing lights. This model was used as part of a scale model of London Airport.

Numerous other scale aircraft were produced, mainly for export. Some were commissions for museums but many were built as demonstration pieces for aircraft industry representatives. A number of these planes have survived, in private collections.

In 1955 new employee Ken D'Maurney Gibbons, freshly demobbed from the RAF began work at Shawcraft. He was involved in making the master patterns for the 1.72nd scale model Hawker Hurricanes and Vickers Supermarine Spitfires, cast in bronze for the film Reach For The Sky - the story of Douglas Bader. Other work carried out by Ken included repairing illuminated landscape models for the British Transport Commission and illuminated 1/16th scale cutaway models of Elizabethan, Viscount, Britannia and Trident airliners for travel agents to promote BEA, BOAC, and Aer Lingus. Ken's recollections of his time with Shawcraft were recorded in the Richings Park Gazette and form the basis for much of the information published here. Ken died in 2014, in Devon.

In 1956, Reg Haynes retired. He left the business to run a craft shop in Keswick. Bill Roberts bought out both Reg and Stan and formed Shawcraft (Models) Ltd, becoming the sole managing director. Ken D'Maurney Gibbons became his assistant and later (1959) went on to become the general manager

Fibreglass and other plastics were being used as Shawcraft’s primary raw materials from the early days. Their first all-fibreglass model is reported to have been a scale model of a de Havilland Mosquito, with a 6ft wing span, built for the film industry.

Requests for more work of this kind came in and fibreglass became the material of choice, due to the convenience of being able to make multiple copies of parts from a single mould. This was ideal when several versions of a particular prop were required for stunt work etc. Production in fibreglass was much quicker than making bespoke items individually from wood. Hand-crafted parts were therefore only produced for mock-ups, prototypes and pattern making.

As the demand for items modelled in fibreglass increased, it became necessary for Shawcraft to purchase a second factory. This unit was set up in late ‘58/’59 at 69 Rockingham Road, Uxbridge. It would later be the birthplace of the Daleks.

From quite early on, Shawcraft were also producing scale models of various motor cars, commissioned by the Ford Motor Company for their showrooms as display pieces. It is known that Ford had 14 such models on display at their museum in Dagenham and at least two have turned up at the Museum Of British Road Transport in Coventry. 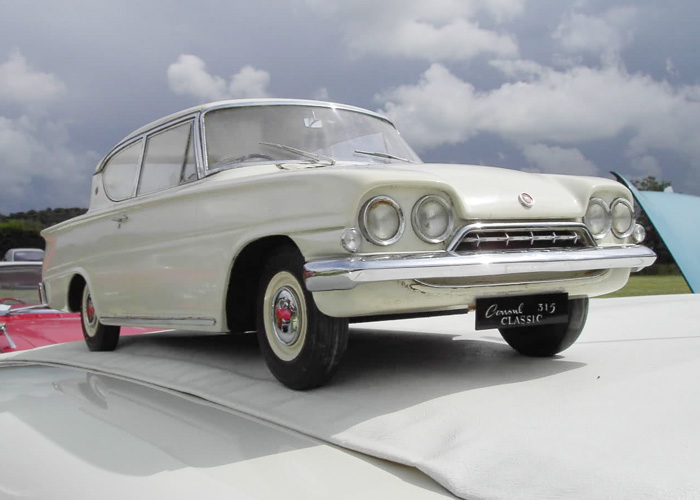 Scale Ford Consul - one of many 8th scale models built for the Ford Motor Company.

These 8th scale models were the responsibility of employees Les Ward, Stan Wilkins, Ron Waldron and John Stears. Les made the majority of the Ford car modes, one of which, a 22” by 7.5”, Ford Corsair 2 door 2000E recently came to light when it was sold privately on eBay for over £3,000. 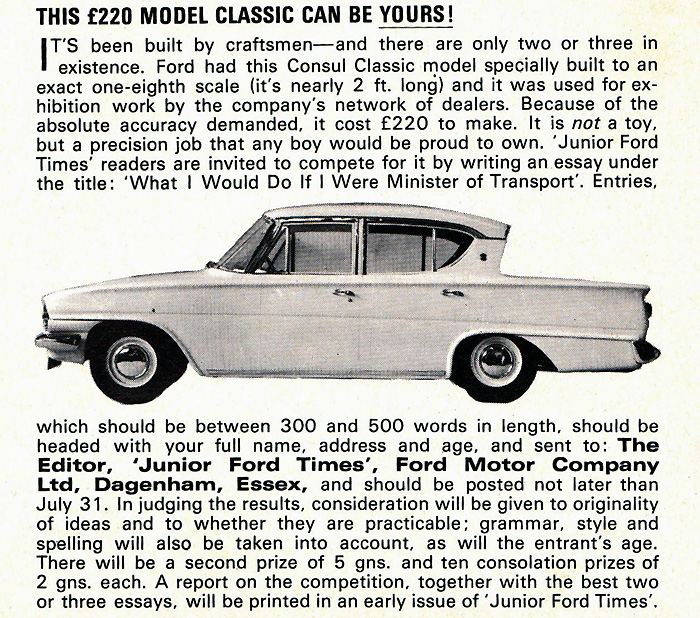 Models constructed by Shawcraft (and full size replicas) appeared in more than 25 films made by such studios as J Arthur Rank, British Lion, Hammer Films, Ealing Studios and Shepperton. They ranged from aircraft with 3-inch wingspans to the 67ft wingspan of the Vickers Vimy mentioned earlier. There was also a 40ft model of the Titanic – one of many nautical models made by the company – made for the film A Night To Remember.

Over the years, model work was done for films such as: Above Us the Waves, Angels One Five, The Malta Story, The Purple Plain, The Net, Quatermass II, Check Point, Reach for the Sky, The Battle of the River Plate, Sea Fury, Hornblower & the Atropos, Campbell's Kingdom, The Sleeping Prince, The Curse of Frankenstein, The Abominable Snowman, Ill Met by Moonlight, Yangtse Incident, Sink the Bismark, Chitty Chitty Bang Bang, The Castaways, Superman II, The Guns of Navarone, The Bedford Incident and Cromwell.

Many of the Shawcraft exhibition models were photographed in monochrome by the local Richings Park photographer, Freddie Standewick who lived and worked in a local studio flat opposite the bakery in Bathurst Walk. His pictures of the Company's models were often used by such magazines as Flight and The Aeroplane. Other photographs of the larger special effects, such as the 40ft Titanic model and a 32ft Graf Spee battleship, were taken and published by The Middlesex Advertiser & Gazette.

The location of the workshops, on the edge of a prosperous estate, led to many approaches from the public, ranging from pleas to repair lawn mowers and rotivators to requests to build prototypes of various inventions.

Jock Cockburn, the inventor of the Rotosythe lawn mower, was a regular for whom Shawcraft built the prototype Ski-Cat, a device for training water-skiers. That was followed by a prototype hovercraft trialled on the gravel pits near West Drayton. Other approaches for help included one from the local Brownie pack, who required an urgent GRP repair to their Toadstool. The work was duly carried out to their satisfaction! 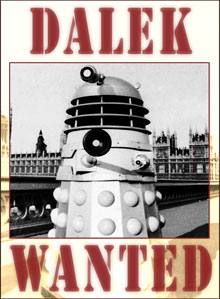