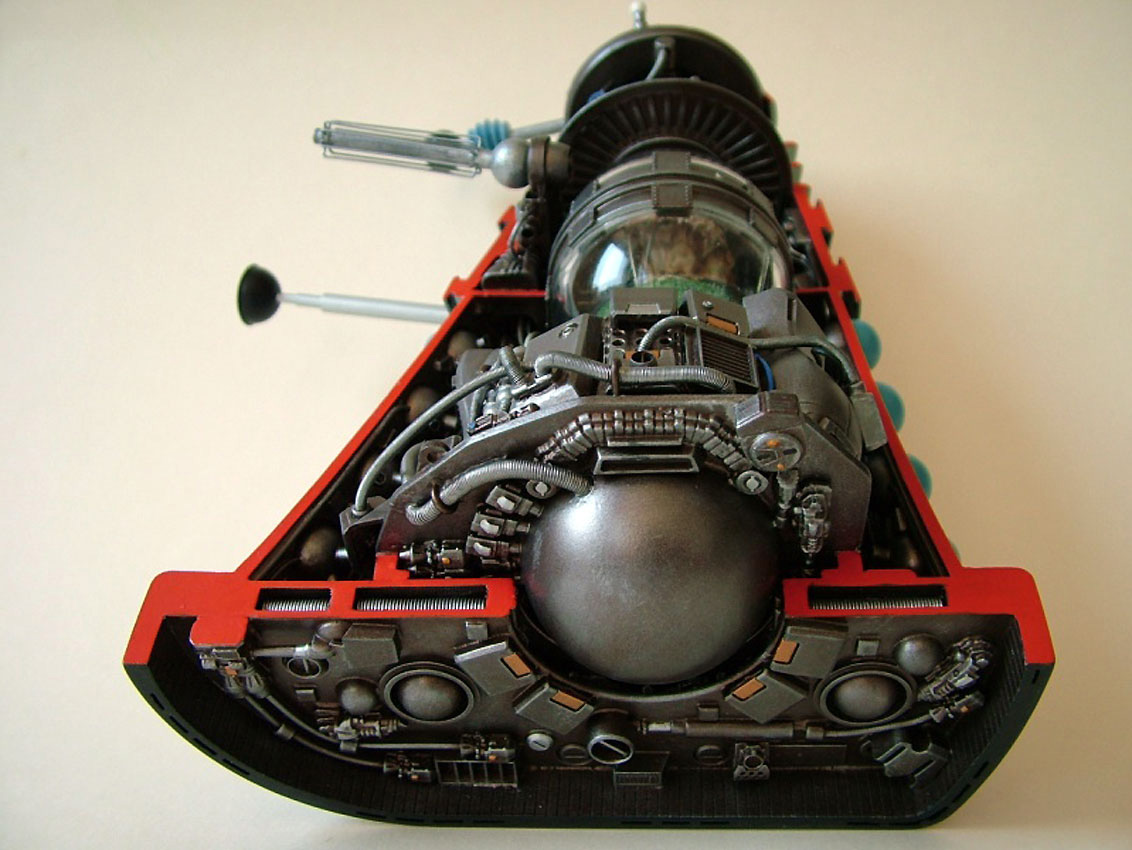 This Dalek was mainly built a little bit at a time, in the odd moments between other tasks when it wasn't worth starting anything more involved. Chris decided to do something a little different with it, so he essentially cut the kit in half and designed a bespoke interior using various parts from his 'spares' box, some Plastruct components and a tiny mutant model from Forge World, modified using Milliput. 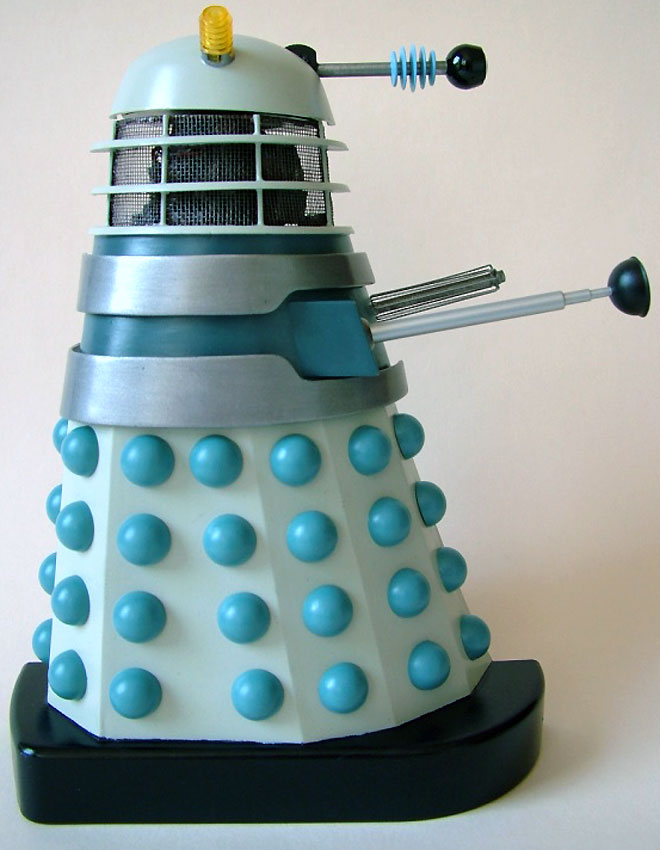 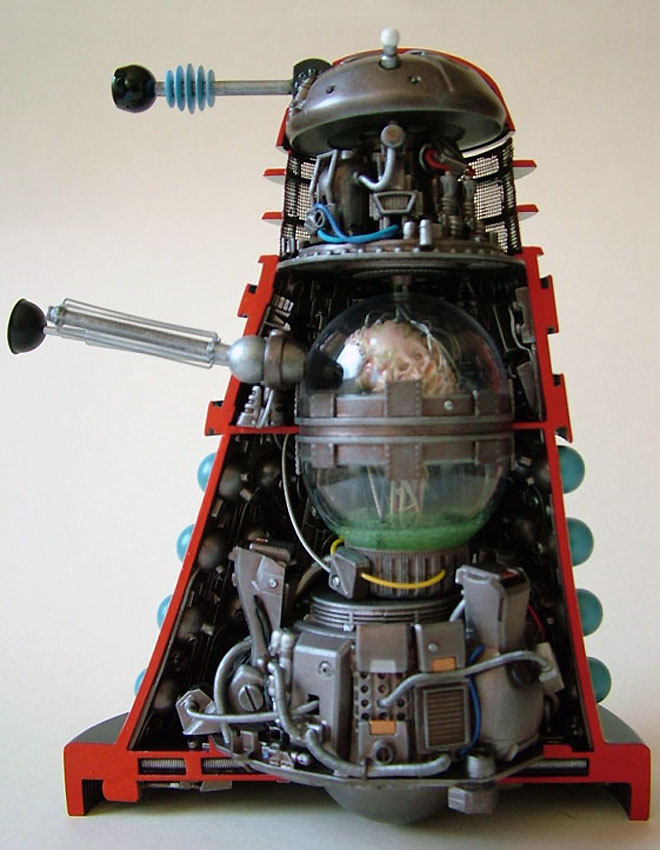 For the dome Chris took advantage of the fact that P38 doesn't stick to styrene, pressing some filler into the kit dome and then popping it out when set to form the core of the head. Scribed plastic card was wrapped around the base pivot of the eyestalk to give it a ribbed edge. The pivot pin for the eyestalk has been replaced by the Comet kit's gunstick rod mounts. The base of the head is cut from a plastic disc which held dress-makers' pins and the dome pivot is the arm from an Airfix Dalek kit. 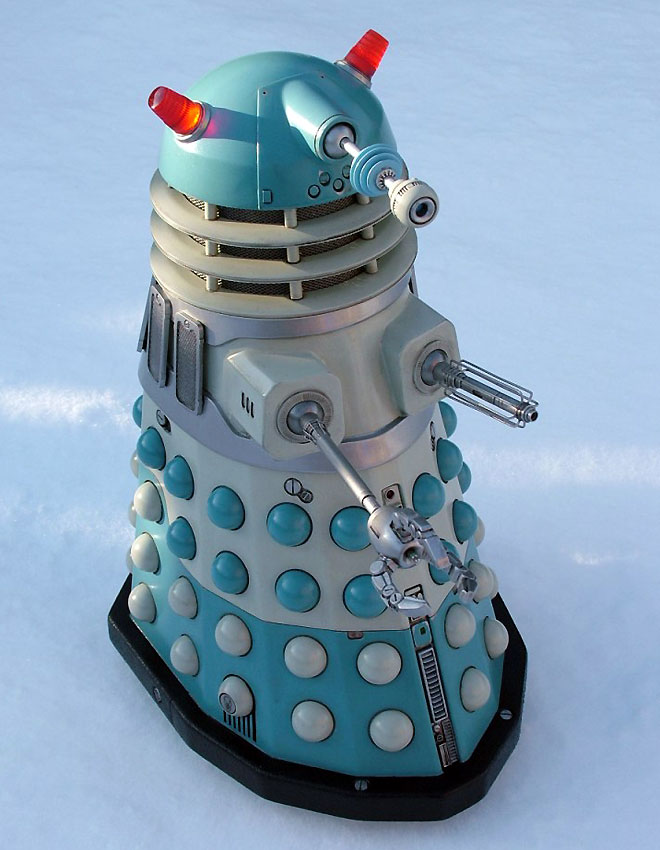 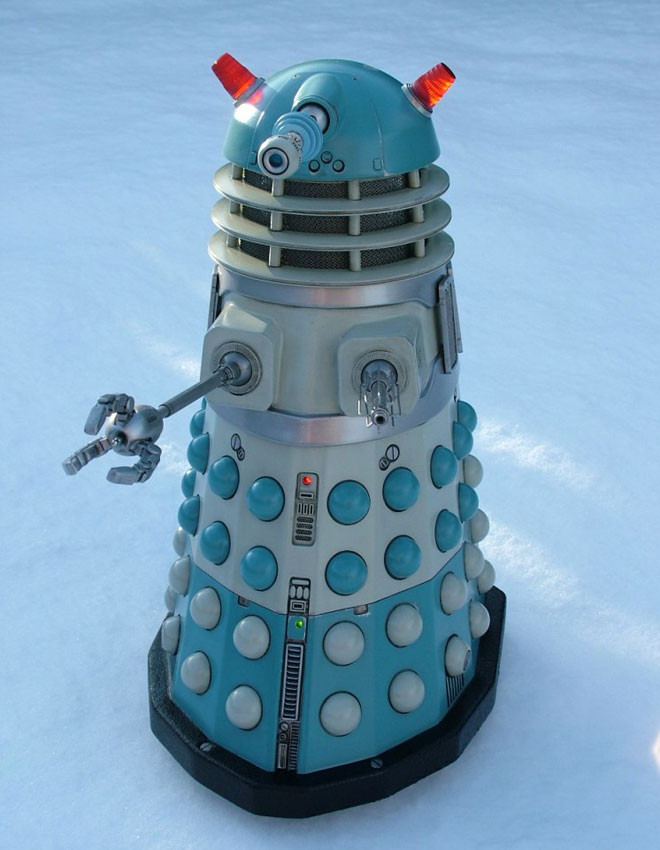 This model uses elements from various Mechmaster CG builds, combed with various other ideas that occurred during construction. This was the first Dalek to be built by Mechmaster in this series of builds.

Chis had three possible colour schemes in mind and could not choose between them. However, his brother made the decision for him. As it was to be an original design he felt an original colour scheme was most suitable, so the model was finished in a blue and silver-grey. 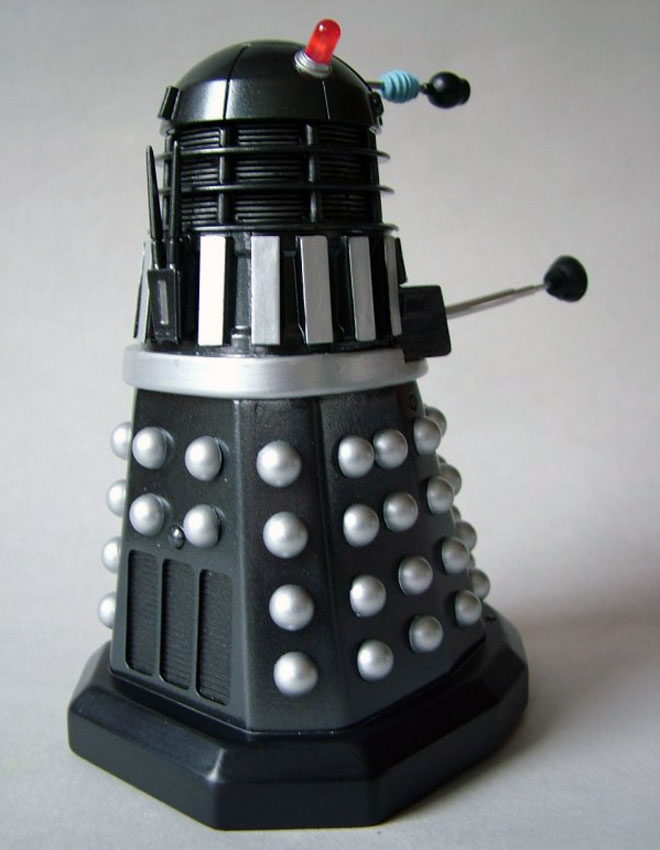 Chris hadn't built or bought an Airfix since he started buying Japanese anime kits in the early '80s and realised just how shoddy Airfix models were in comparison. He was slightly apprehensive about buying this kit but once inside the box, things didn't look so bad.

A number of parts were dispensed with and other components were built from scratch, in order to produce this 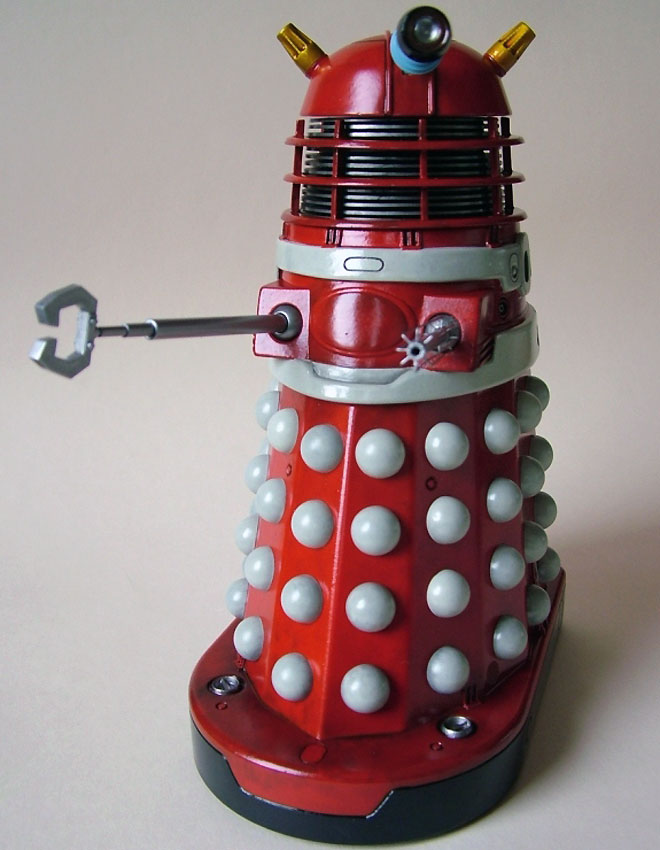 his Dalek started out as a standard Comet kit, but was given the Mechmaster treatment. Note that some of the bits on the side are parts from the Airfix NSD kit shown above, (unused bits from the open shoulder version). 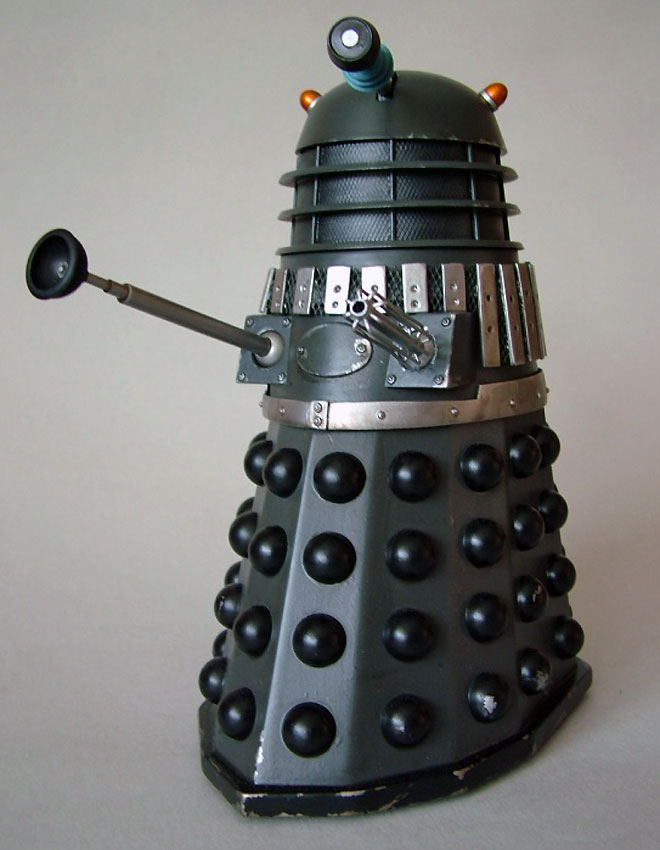 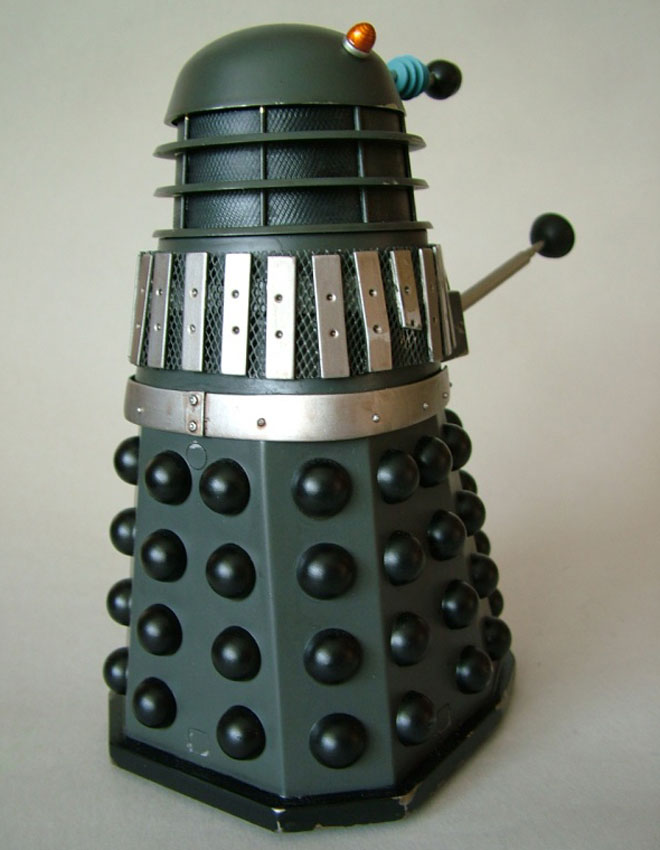 This is another Comet kit given the Mechmaster treatment. On the shoulder section the supplied polythene mesh has been replaced with aluminium mesh.

Various sized nut-and-bolt details were added from his stock of Japanese detail parts. Also he didn't like the pieces supplied to go over the joins in the collars and replaced them with some of his own.

Next: Sevans Dalek Close Up > 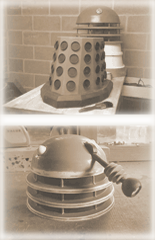 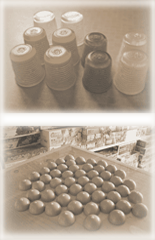